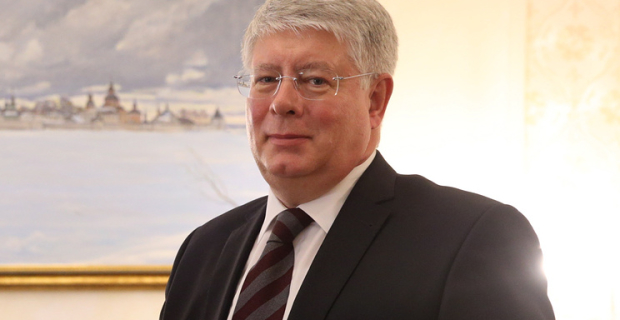 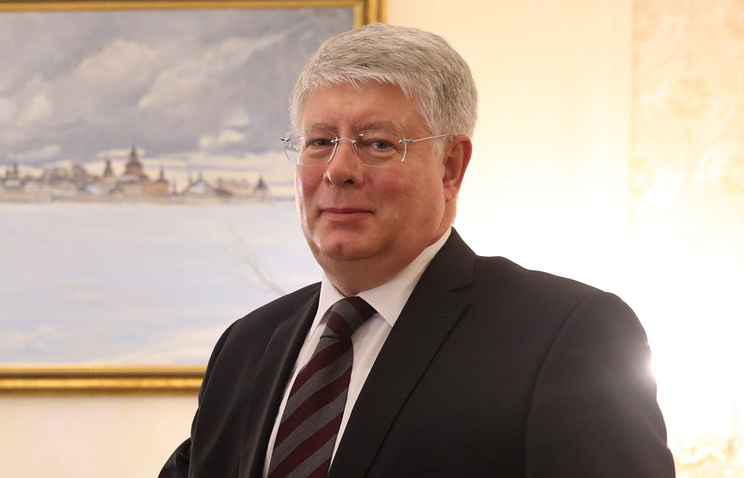 GENEVA, July 15. /TASS/. Moscow hoped coordination on areas of de-escalation in Syria to a new round of talks in Geneva in September. This was stated on Saturday, Russia’s permanent representative to the UN Office and other international organizations in Geneva Alexei Borodavkin.

Russian permanent representative recalled reached in may in Astana the agreement to create four zones of de-escalation – in the region of Idlib, HOMS, Eastern ghouta and in the South-West of Syria. “On the fourth area of agreement is not only in Astana format (Russia, Turkey and Iran is approx. TASS), but in the format of Russia, the US and Jordan,” he added.

“At the Astana site was some technical issues [in the zones of de-escalation], which should be agreed upon, he said. – I think that it will be done before the next round of the Geneva negotiations.”

According to Borodavkin, Moscow considers it possible to transition by September, direct talks between Damascus and the opposition.

“Astana process, agreement on de-escalation in the four areas influenced opposition leaders in a positive way – said the permanent representative of Russia. Now they are much more constructively negotiate and try wherever possible to be flexible”.

The Borodavkin reported changes in the position of “Riyadh” groups of the Syrian opposition against the Syrian President Bashar al-Assad in the Geneva round of negotiations, they were demanding his immediate resignation.

“Under the influence “Astana”, Russian-American contacts at the highest level in Hamburg and statements of leaders and Ministers of foreign Affairs of the States the main players involved in Syria, an adjustment of the position of the Higher Committee on negotiations (“er-redska” group of the opposition – approx. TASS) – said the Russian permanent representative. – The meaning of the correction is that the opposition in this round actually never mentioned the need for the immediate resignation of Syrian President Bashar al-Assad and the legitimate Syrian government.”

According to Borodavkin, it is very important, “because finally, apparently, even to the radical opposition and their foreign sponsors realized that you first need to establish peace in Syria.” “And then to negotiate a political reform in the conditions of a possible normalization of the situation in the country,” the diplomat added.

“That is the goal of the opposition are somewhat transformed. Now they are not talking about overthrowing the legitimate Syrian government headed by Bashar al-Assad and agreeing with him on political reform”, – stated Alexey Borodavkin.

However, he also noted that in the ranks of “Riyad” groups have extremist elements. “There are still disadvantages in the negotiation process. The most important of them I would say that, unfortunately, “Riyadh” group in these negotiations are still extremist elements that, though in a low voice, but still demanding the resignation of the legitimate President of Syria Bashar al – Assad,” the diplomat said. According to him, there are other things that cause Russia’s concern.

The diplomat said that Moscow welcomes the process of consolidation of the Syrian opposition in Geneva.

“We talked during the round and with the delegation of the Higher Committee on negotiations with some of its representatives, and with “Moscow” and “Cairo” groups at the working level, – said Borodavkin. They all told us that there is a certain degree of convergence groups. We welcome that this consolidation is happening.”

The Ambassador recalled that Russia has always insisted that the opposition in the talks “agreed on a common position.” “The position should be constructive, aimed at achieving a compromise with the government delegation, to negotiate, and not to make ultimatums and impossible conditions, he explained. On this constructive basis, and need to get closer the positions of the various groups.”

“Creation of a consolidated unified opposition delegation will allow, we hope to move to direct talks between the government and the opposition. And this is what Russia initially insisted in the context of reference of the inter – Syrian negotiations”, – said the diplomat.

The unity of the Arab world

According to Borodavkin, Russia believes that it is necessary as soon as possible to overcome the crisis in relations between the countries of the Persian Gulf.

Answering the question about how did the contradictions between the countries of the Persian Gulf at the intra-Syrian talks in Geneva, the head of the Russian diplomatic mission said: “Although we do not yet feel the effects of this crisis of inter-Syrian talks, but I think that greater unity in the Arab world it is always important for reaching an agreement and the conflict situations – whether it is Syria, Libya, Yemen or any other situation that threatens to escalate into conflict.”

“We are concerned about the crisis in the relations of the fraternal Arab countries of the Persian Gulf, – said Borodavkin. – I think that it is important to avoid further escalation of the crisis to pay”. The diplomat reminded that on multiple sites now with this purpose are different talks, Kuwait acts as a facilitator. “We support and welcome these efforts, we try to contribute to this crisis was quickly removed from the agenda” – said the diplomat.

The Russian Ambassador also said that Moscow welcomes the fact that proposed by the President of France Emmanuel Makron initiative for the immediate resignation of Assad.

“It is important that this initiative is based on the fact that France no longer requires the immediate resignation of Assad. This is a fundamental change,” he said. The Borodavkin expressed hope that Western countries “I think first and foremost about achieving peace and normalcy in Syria, the fight against terrorism.” According to him, “very good” that the primary goal of these States is no longer “the overthrow of Assad.”

The fight against terror

The Borodavkin expressed the hope that in the future Damascus and the opposition on the ground will not interfere with each other in the fight against terrorism, and will be able to join forces.

“Another important achievement of the Geneva round is that he became more focused on the fight against terrorism, – he noted. – We know that with the delegation of the Syrian government and opposition delegations discussed this very important and priority themes”.

Moreover, said Borodavkin, office, de Mistura has drafted some ideas on what are the main principles and points to discuss this topic.

“I think that in the future, we can say that, at least, the opposition on the ground that follows the cessation of hostilities, and the Syrian armed forces will not interfere with each other to fight terrorists from the Islamic state and “Dzhebhat an-Nusra” (banned in Russia as a terrorist organization – approx. TASS), and in the future and to unite their efforts in the fight against terrorists on the Syrian ground,” he said.

According to Borodavkin, Russia welcomes the increased attention paid to terrorism on the part of participants in inter-Syrian negotiations.

Responding to a question about how he evaluates de Mistura announced on July 14 the “seven principles” debate on the issue of counterterrorism, the head of the Russian diplomatic mission said: “This initiative is necessary to study, but I want to emphasize the fact that the talks focused on the theme of combating terrorism is a very positive sign”.

“Of course, we must continue to build negotiating positions and the government delegation and delegations of the opposition on the basis of to examine these items and if needed adjust them to complement, develop and eventually reach a cooperation in accordance with the document, which will be developed in the process of negotiations,” the diplomat said.

He also said that Russia supports the efforts of de Mistura, to promote inter-Syrian negotiations.

“We have always supported and continue to support the efforts of the special envoy, his team, his office, – said the head of the Russian diplomatic mission. They show, especially recently, that are configured to actively promote the negotiation process, are well balanced, looking forward, and based on General opinions of the main players put forward a new balanced, correct sentences”.

The Borodavkin noted, in particular, the attention paid to negotiations on the fight against terrorism. “Focus on counterterrorism is very correct and necessary decision of the office, de Mistura”, – he stressed. “We will continue to support the efforts of UN colleagues and, if necessary, if they asked, give them guidance and advice,” concluded the diplomat.

At a press conference on 14 July at the end of the seventh round of inter-Syrian talks, de Mistura has outlined seven principles for discussion on the theme of combating terrorism. He, in particular, noted that “the struggle against terrorists is a fight against those who were called terrorists by the UN Security Council”. The envoy drew attention to the need for the implementation of security Council resolutions relating to supply of weapons and financing terrorists. The fight against terror, said the emissary of the UN, should be accompanied by measures to protect the civilian population, should avoid the use of in this struggle of prohibited weapons.

From 10 to 14 July in Geneva, held the seventh round of inter-Syrian talks with the participation of the delegation of the Syrian government and the three groups of the Syrian opposition “Cairo”, “Moscow” and “Riyadh” (the Highest Committee in the negotiations). The next round is scheduled for September.