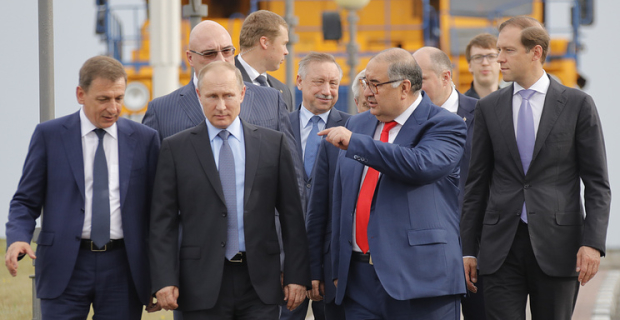 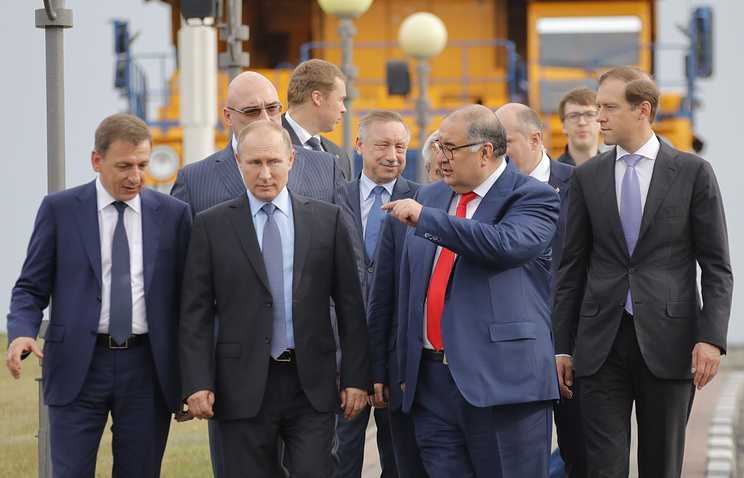 The President watched the launch via video feed from the Center console control plant in the presence of the management of the company and the region. He is also using cameras located in different parts of the workshop, briefed about the production process.

The head of state enquired about the number of employees working at LGOK (about 14 thousand), and average salary (41 thousand).

The design capacity ZHBI-3 is 1.8 million MT of HBI per year. The output of the plant at design parameters will allow to increase total production of iron in all three departments of the enterprise to 4.5 million tonnes per year. Investment in the construction ZHBI-3 amounted to about $660 million In the shop created more than 400 new jobs.

According to the President, the launch of a new workshop gorjachekatanogo iron will strengthen the leadership position of Lebedinsky mining and processing plant.

“The launch of the new [shop HBI] is a modern, very effective – extends the capabilities of the enterprise [Lebedinsky GOK] and reinforces its leading properties on the world market”, – he said at a meeting with employees of the enterprise.

Putin added that he also wants to congratulate the audience with the 50th anniversary of the enterprise and the coming Day of the Metallurgist. “All the best” – he wished his interlocutors.

Also, Vladimir Putin visited a record pit of the Lebedinsky mining and processing plant (GOK) – “Lebedinskoye stall” got into the Guinness book as the world’s largest quarry for the extraction of non-combustible minerals.

Inspection field Putin started to get acquainted with a huge piece of ore, which stands next to the observation. Managing Director of JSC “Lebedinsky block” Oleg Mikhailov explained to the President that a billion-dollar cube, which in 1993 produced in his career.

The President was accompanied by Minister of industry and trade Denis Manturov and the founder of “metalloinvest”, which includes Lebedinsky GOK, Alisher Usmanov.

Mikhailov told the President that in his career at the same time is made up of 30 trucks with payload capacity of 220 tonnes each, and 40 shovels. The work at this time did not stop down noisy appliances. The President said, which work more – men or women, and received the answer that carry mostly men, because women can not withstand the load.

“Lebedinskoye stall” – pit depth of 400 meters, 4 by 5 kilometers, is mined in an open way, the material is transported by rail. As reported by the President, to remove the ore are approximately 300 kilometers of railway tracks.

Putin visited the small exhibition of materials from the plant, and touched some of them.

In particular, the President was shown a model of the plant for production of hot briquetted iron, it’s a third shop, who on Friday will launch the Russian leader himself. Miniature shop was valid, a little train took an impromptu rock glowed conveyors, smoked a pipe.

Putin said that Russia in the near future will save the consumption of steel products at the level of 2.5 million tons per year.

“About the coming years, the level of 2.5 tons will be preserved,” he said. As stated by the President, the Russian leadership tries to plan the economy for 20-30 years. “But it is quite difficult in large degree unpredictable circumstances that do not depend on us”,- Putin said.

According to him, the government is trying to build a strategy of development of the Russian economy by 2025-2030. “The planning horizon of the possible. This also applies to the civil industries and defence industries”,- he said.

Touching metal products, Putin said that the need, keeping in mind the long-term plan of economic development, consumption level of 2015 and 2.5 million tonnes – will be saved. “It is sufficient to plan production for the long term: 20-30 years”, – said the head of state.

Founded in 1967, the GOK produces iron ore concentrate, iron ore pellets, as well as the most demanded in the world of metallurgy and is resistant to market changes is a kind of metallurgical materials – hot iron. The plant is part of the company “metalloinvest”, which is a world leader in the production of merchant HBI and exports of cast iron.

LGOK is the only Russian producer of HBI and is listed in the Guinness Book of records as the enterprise having the world’s largest quarry for the extraction of non-combustible minerals.

LGOK supplies the iron ore concentrate, pellets and HBI leading Russian and international steel companies. Iron ore raw materials produced by Lebedinsky and Mikhailovsky GOK, used in the production of high quality steel in steel mills “Metallinvest”. The steel company claimed in implementation of the most important infrastructure projects in Russia: construction of bridges and pipelines, ships and automobiles, thermal power plants, and objects in the space industry. Raw materials, produced by LGOK and other enterprises of “Metallinvest”, was used in the construction of Olympic facilities in Sochi, “Moscow city”, Russian bridge in Vladivostok.