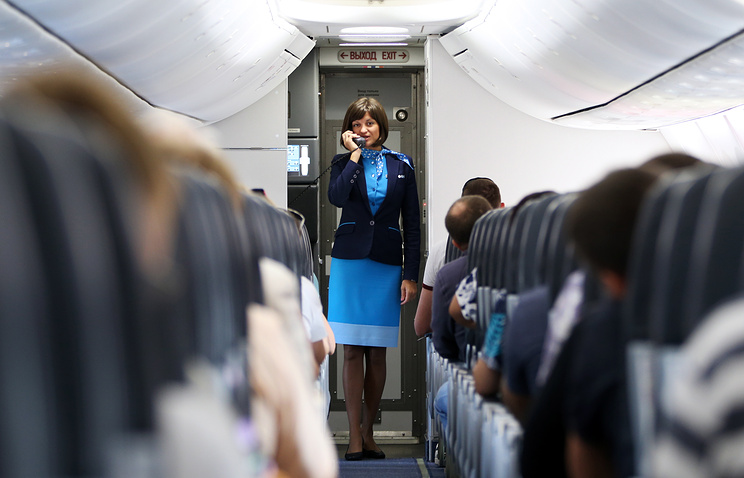 MOSCOW, July 18. /TASS/. Loukoster “Victory” on Tuesday opened the sale of tickets for the new scheduled flight Moscow-Saint Petersburg. As reported in a press release the carrier, the flights on this direction will begin October 29 and will run daily.

The minimum fare will be 999 rubles, including taxes and fees.

“The daily flight Moscow – Saint-Petersburg – a logistics solution company that will provide the opportunity to further expand the map of flights from St. Petersburg”, – stated in the message.

It is noted that Moscow will become the eighth forward direction of the “Victory” of Pulkovo airport. Currently, the airline operates flights from St. Petersburg to Vladikavkaz, Volgograd, Gelendzhik, Yekaterinburg, Makhachkala, Nalchik and Rostov-on-don.

“Victory” – the first Russian loukoster. The carrier operates flights to 37 destinations, including 11 international, particularly in Germany, Italy, Austria, Armenia, Georgia, Azerbaijan, Spain and Cyprus. The fleet consists of 12 Boeing 737-800 NG aircraft. Until 2019, the fleet will increase in 2 times.

In 2016, the Victory carried almost 4.3 million passengers. As stated by the General Director of “Victory” Andrey Kalmykov, in 2017 it is planned to transport 5 million people.