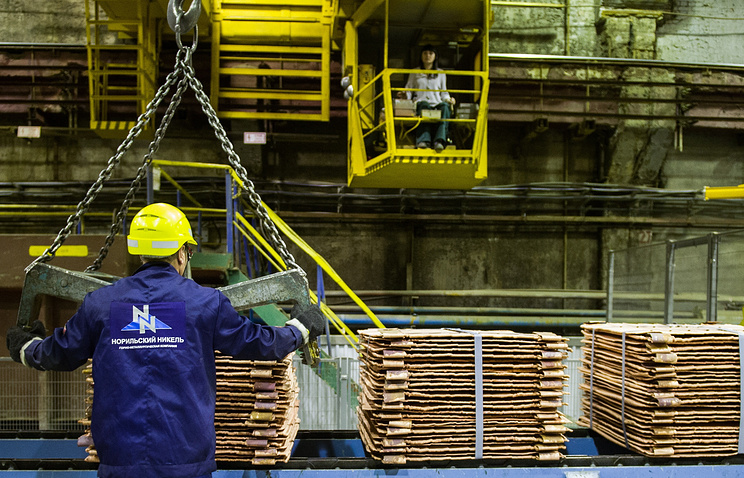 MOSCOW, July 19. /TASS/. Company “Norilsk Nickel” in 2016, increased its investments in environmental projects by 8.9% to 25.7 billion rubles. On Wednesday reported the press service of the company with reference to the report on corporate social responsibility.

“In 2016, Norilsk was closed outdated Nickel plant, carried out the modernization of Talnakh enrichment plant and the Nadezhda metallurgical plant, commissioned land disposal of salt waste in the Kola Peninsula, began preparing to move refining to the technology of chlorine leaching of metals. Investments of Norilsk Nickel for the modernization of production with positive environmental benefits, environmental projects and ongoing environmental expenditures amounted to 25.7 billion rubles (plus of 8.9% compared to 2015)”, – reported in the report.

According to the document, in 2016, the emissions of polluting substances in the group of companies “Norilsk Nickel” has decreased on 6,2%. Reduction of emissions of the polar division amounted to 5.1%, Kola MMC – 21,7%. Stop the Nickel plant and the modernization of the Talnakh factory led to a significant reduction in sulphur dioxide concentrations in the residential area of Norilsk.

“We aim to become a world leader in sustainable development among the enterprises of the mining and metallurgical industry. In 2016, the company passed a very important milestone in its environmental programme, covering the outdated Nickel plant in Norilsk. We will continue to work to ensure that our production was more environmentally friendly, safe and meet the highest standards of sustainable development” – leads the press service of the President of “Norilsk Nickel” Vladimir Potanin.

Last year the company’s investment in the local community and charitable activities amounted to 7.4 billion (in 2015 – 7 billion rubles). Only social programs, charity and development of social infrastructure was sent to 23.6 billion rubles.

Norilsk Nickel is a diversified mining and metallurgical company, the world’s largest producer of Nickel and palladium and a leading producer of platinum, cobalt, copper and rhodium. The company also produces gold, silver, iridium, osmium, selenium, ruthenium and tellurium.