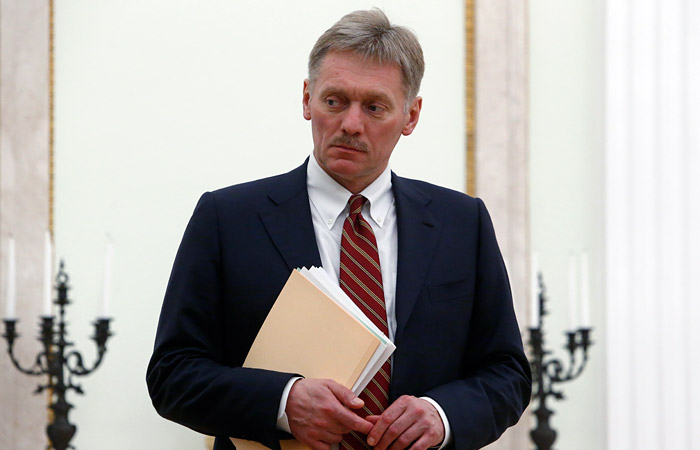 Moscow. July 20. INTERFAX.RU – Russian President Vladimir Putin has always highly appreciated the results of the work of the Central Bank, said the press Secretary of the President Dmitry Peskov on a question of confidence to the leadership of the mega-regulator in connection with the situation around the Bank “Ugra” .

“I urge you to remember the statements of President Putin, which he gave in respect of the Central Bank, where every time he gave a fairly high evaluation to the results of a financial mega-regulator”, – said Peskov told reporters, answering the question of whether the Kremlin continues to trust the leadership of the Central Bank in connection with the situation.

In addition, he confirmed that the President had previously expressed support for the actions of the Central Bank is “cleaning up the banking sector”. “Yes, the President talked about this”, – said Peskov. However, the press Secretary of the head of state stressed that the Kremlin is not involved in regulating activities of credit and financial institutions.

Peskov also did not evaluate the work of the Prosecutor General’s office on this situation.

The situation with the Bank

The Bank “Ugra”, the main owner of which is businessman Alexei Khotin, on the end of the first quarter took 33 place in terms of assets and 12th place by the volume of funds of natural persons in the ranking “Interfax-100”. 10 June, the Central Bank introduced the Bank a temporary administration and a three-month moratorium on satisfaction of creditors ‘ claims. The interim administration within six months should check the assets and liabilities of the Bank to make a decision about his future – rehabilitation or revocation of the license.

On June 1, individuals kept in the Bank deposits in the amount of 181,5 billion rubles, of which the potential payments to depositors are estimated at 169,2 billion.

The Protest Of The Prosecutor General

On Wednesday evening, hours before the start of insurance payments to depositors of the Bank, it became known that the Prosecutor General’s office challenged the legitimacy of the actions of the regulator in respect of the Bank “Ugra”. The Central Bank said it will consider the protest and prepare their position. The Prosecutor General’s office indicated that the Central Bank in the implementation of oversight and inspections, “Ugra” has not revealed violations of mandatory standards and, thus, grounds for the appointment of an interim administration in the Bank are missing.

The oversight office notes that the main shareholder of “Severstal” in 2016-2017 repeatedly carried out the capitalization of the Bank, and invested about $1 billion. According to the prosecution, the interim administration will result in damage to the Federal budget in connection with the implementation of insurance payments in the amount of about 170 billion rubles, will reduce the availability of credit to small and medium businesses, speed up inflationary pressures and worsen the investment climate.

This is the first case where the Prosecutor General’s office appealed the Supervisory measures of the Central Bank towards the Bank.

The Central Bank, commenting on the Supervisory response measures. against the “Ugra”, said that the Bank had evidence of the unreliability of reporting, as well as signs of withdrawal of assets and manipulation of the deposits.

Earlier on Thursday, the Agency for Deposit insurance published a report on the early payments to depositors of the Bank “Ugra”.