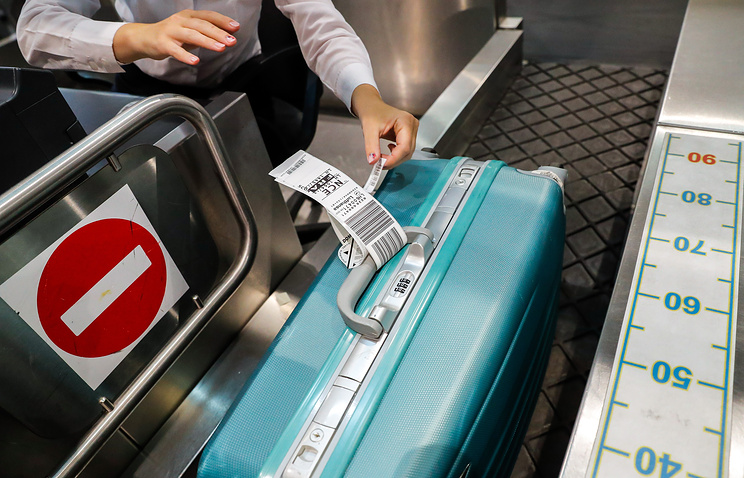 MOSCOW, July 25. /TASS/. The Federation Council at the meeting on Tuesday at the final spring session meeting approved a law that gives airlines the ability to exclude the norm of free baggage allowance for customers non-refundable tickets.

Changes are made to the Air code of the Russian Federation. The law is aimed at creating the possibility of exceptions to the tariff for air transportation costs related to the carriage of baggage in his absence. It applies to passengers who purchased non-refundable tickets. While the document notes that the airlines can use this provision, it is not mandatory.

On the eve of the Federation Council Committee on constitutional legislation and state construction, which is a co-executor under the law, recommended to reject the document. In particular, as was stated by the head of Committee Andrey Klishas, the law can have a negative impact on guarantees of the rights of passengers and lead to higher prices for tickets. However the profile Committee of chamber on economic policy supported the law. For its acceptance on Tuesday voted 110 senators, against – 18,24 MP abstained.

“We have no legal grounds to reject the law or who have legal complaints. Our discontent is due to what is happening in the aviation industry”, – said the speaker of the Federation Council Valentina Matviyenko on the results of the discussion. She also noted that the law developed in the interests of passengers and heated discussion around it connected with the claim to the aviation industry.

“You are right to raise the problems. A lot of them accumulated in the aviation industry, but this law is in the interest of passengers, because it allows passengers who are flying without Luggage, get a discount ticket… We have created a working group that understands why such expensive tickets. The Committee on economic policy until the end of the year will offer us all these measures, you are talking about,” said Matvienko, referring to the senators.

She also noted that the senators have time to work together with the Ministry of transport “to work on the content of regulations in the development of this law.” “Formally, the Ministry of transport has introduced these acts on their website, but their content does not suit the members of the Federation Council, so we have the opportunity to work on this normative act,” – said Matvienko.

By law passengers are given the opportunity to buy a ticket, which does not set the price of service baggage allowance. At the conclusion of the contract of carriage, the passenger will be obliged to pay for the service, and in the case of checked baggage, they would also be required to pay carriage of baggage, the document says.

At the same time, the document stipulates that the return ticket upon termination of the contract of carriage should contain the normal free baggage allowance. In this case, the passenger will pay for transportation of baggage only if it will exceed the established standards. The norm established by the carrier and provides the number of Luggage and weight of Luggage per passenger. The standard free baggage allowance may not provide less than 10 kg per passenger.

The law shall enter into force on the expiry of 60 days after the date of its official publication.

The Proposal Of The Ministry Of Transport

Earlier, the Ministry of transport of the Russian Federation on the portal of legal information posted the draft order in connection with the law on the abolition of norms of free baggage allowance when non-refundable tickets. In particular, the paper proposed to set the minimum weight of hand Luggage of 5 kg. From the list of things a passenger can bring on Board in addition to hand Luggage, it was proposed to exclude outerwear, umbrellas, walking sticks, laptops, mobile phones, cameras and camcorders.

No extra cost, according to the draft, it would be possible to bring a handbag or briefcase, baby food for the child during the flight, the suit in the garment bag, child’s cradle when transporting a child, crutches and folding wheelchair. The passengers who bought return tickets that would carry at least 10 kg of Luggage.

On Tuesday, the Ministry of transport said that passengers will be able to be carried in the aircraft folder for papers, umbrella, walking stick, bouquet of flowers, outerwear, periodicals, cell phone, camera and camcorder. These things, explained in the Ministry, can be included in the minimum baggage allowance of 5 kg. This rule can be changed by the carrier in the direction of increasing.