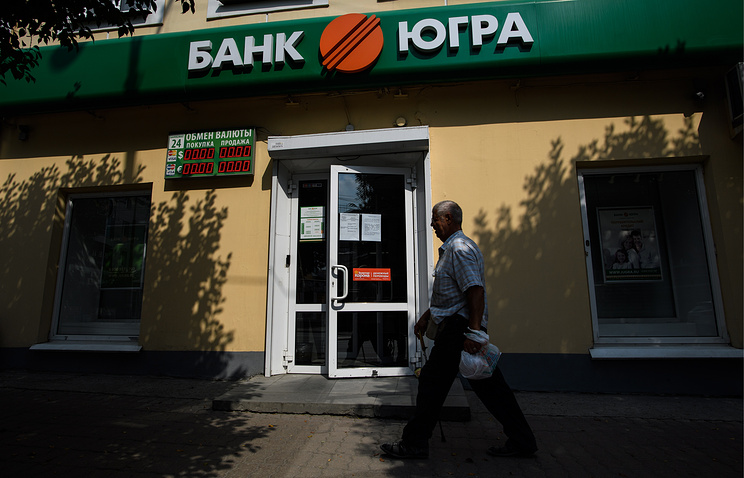 On Friday, July 28, the CBR revoked the license of the Bank “Ugra”. At the same time the administration for a period of six months were entered in a credit institution not so long ago – July 10 and July 19 the decision of the Bank of Russia “Ugra” was challenged by the Prosecutor General’s office.

According to the materials of the regulator issued on 28 July, the Bank lost its capital. The Agency on insurance of contributions (ASV), which performs the duties of the interim administration, the survey concluded that the Bank’s rehabilitation is not economically feasible.

The official representative of the main shareholder of “Severstal” said that the Bank’s shareholders intend to use all legal means to fight for your asset.

Expert opinion on this situation at TASS.

“The entry of the interim administration – is “call”

According to the head of the Association of Russian banks Tosunyan, “urgent order” of revocation of the license of the Bank “Ugra” can be associated with the need to prevent asset Stripping and to keep more funds for future payments to creditors.

The controller is based on an objective picture

The Chairman of the Duma Committee on Finance Anatoly Aksakov, in turn, said that the plan of financial rehabilitation of the Bank “Ugra”, which is the main shareholder of the credit institution Alex Hawtin sent to the Central Bank probably did not have substantiation in the form of specific resources, the Bank was revoked license.

“Such an outcome (revocation of license – approx. ed.) was quite obvious to most market participants. The fact that the Bank is funded through deposits, but invested only in projects of an owner associated with real estate and the oil industry. As a result, the outcome of the interim administration confirmed it and caused the revocation of the license,” said Putilov in an interview with TASS.

In his opinion, the Central Bank had planned from the beginning to revoke the license of the “Ugra”, as the results of inspections in even with a valid credit organization has allowed to draw a picture about its financial condition.

“In the Bank when checks are given to almost all the information a reviewer, and in order to estimate the size of the disaster, and once it is clear what the situation is. In principle, a temporary administration is optional, but it was introduced because the Bank is huge and it was necessary to hold a job, to confirm that it was made”, – concluded the expert.