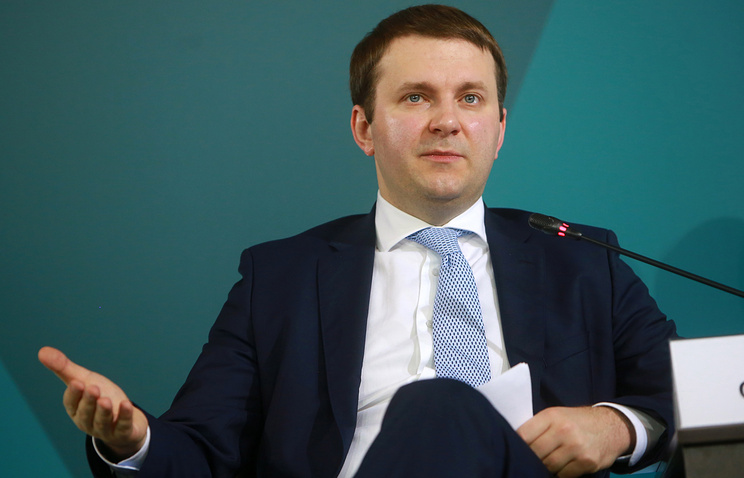 SHANGHAI, August 2. /TASS/. The world trade organization (WTO) is not perfect, but the alternatives do not exist, said the head of Ministry of economic development of the Russian Federation Maxim Oreshkin, speaking at the seventh meeting of trade Ministers of BRICS in Shanghai.

According to the Minister, currently, the multilateral trading system of the WTO is often questioned because of the slow decision-making and dispute resolution that does not allow it to effectively regulate international trade.

“We can’t pretend that the WTO system is beautiful and needs no optimization. However, we have no alternatives to the WTO. WTO is a unique international organization with its global trade rules that guarantees a level playing field for all its participants,” he said.

However, according to Oreshkin, in the interests of the BRICS to support the Central role of the WTO in the world economy and international trade. The WTO system needs to gradually improve, he said. “Any such adaptation must be well thought out, we don’t want any rash actions that destroy the balance between the rights and obligations of WTO members”, – he stressed.

The Minister has indicated that the existing protectionist tendencies, which are applied by certain WTO members unilaterally, is not conducive to the stability of the multilateral trading system. Preparing for the G20 summit in Hamburg has shown that some countries departed from the international rules of the WTO and switched to “do what they want,” said Oreshkin.

“The WTO was created in order to fight it. It is therefore vital for us to counter criticism of the multilateral trading system and the WTO while negotiating on this issue, and the forthcoming WTO Ministerial conference in Buenos Aires (to be held in December – approx. TASS) – a great opportunity for this”, – concluded the Minister.

. Called on BRICS countries to consolidate their positions on key issues of international trade and to act together in the WTO Ministerial conference in Argentina.

“As the BRICS we have common positions on many issues. We believe that the platform of the BRICS can and should take advantage of for future multilateral accord. Together we will promote the world economy and the multilateral trading system, even with the disagreements among other members [of the WTO],” said the Minister.

In particular, the Minister asked to support Russia in the event of a return to the issue of clarification of WTO agreements on antidumping, subsidies and compensating measures. In addition, the WTO, the BRICS countries could raise issues of e-Commerce, small and medium enterprises, I am sure.. One of the important issues of the WTO is the state support of agriculture and fisheries, he said.