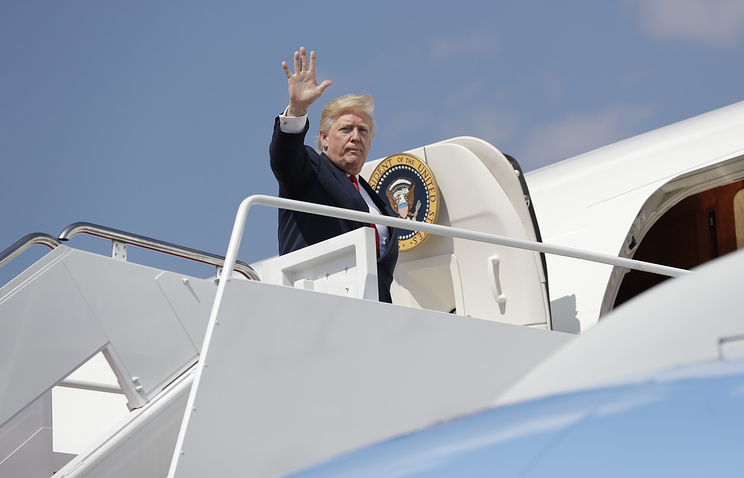 NEW YORK, August 5. /TASS/. The U.S. air force and Boeing have reached agreement regarding the purchase of two passenger aircraft, which will be converted into a presidential liners for Donald trump and will receive the designation of Air Force One. As reported on Friday in an interview with Bloomberg, the Minister of the U.S. air force Heather Wilson, “developed a very good agreement.”

Two Boeing 747-8, initially destined for the Russian airline “Transaero” will be upgraded in accordance with the requirements of the aircraft, which flies the US President.

According to Bloomberg, the air force did not name the amount of the transaction.

The aircraft was ordered “Transaero” in 2013, but the company did not have time to buy them because of the bankruptcy occurred two years later. Order was placed for four aircraft worth $1.5 billion, Boeing had to prepare two.

After the bankruptcy of a large part of the fleet of “Transaero” passed “to Aeroflot” but to take this order he refused.

That Boeing will deliver a new aircraft for the US President became known at the end of January 2015. The decision was taken under the administration of Barack Obama, however, later trump has expressed outrage at the cost of the contract.

“Boeing builds a brand new Air Force One 747 model for our future presidents, but its price is not controlled, it is more than $4 billion to Cancel the order,” wrote trump in December 2016 on his Twitter page. However, he did not indicate where he got the figure of $4 billion.

Now the fleet of the President consists of two machines created on the basis of the Boeing 747-200B – long-haul double-deck wide-body aircraft. This year both liner ends 30-year service life. They first took to the skies in 1987, when the President was Ronald Reagan.

In addition to the two ships, at the disposal of the White house are more than two dozen helicopters, which are mostly outdated and require replacement. Most of them are Sikorsky SH-3 Sea King, produced in 1974, and more modern Sikorsky White Hawk 1989 issue.