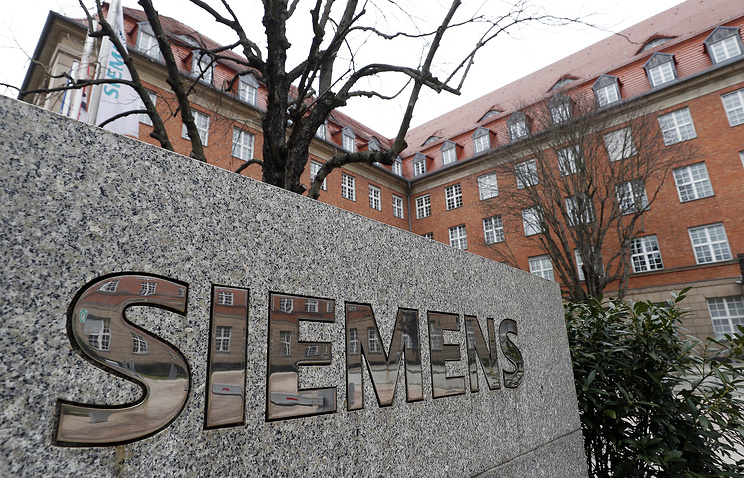 BERLIN, 7 Aug. /TASS/. Siemens believes that the acquisition of gas turbines, delivered to the Crimea, would be a fairly simple solution to the conflict. This was stated on Monday, the TASS representative of the company Philip ENCs.

“Technically it might look like an agreement on the price that one is willing to pay to return the turbine, he said. – From this point of view, this is a fairly simple operation.”

The ENCs noted that Siemens “generally does not comment on talks with customers,” but from the beginning the group has publicly declared readiness to redeem is made for power plants in Taman gas turbines.

At the same time in the group as “another option” refund turbines considered filed in the Arbitration court of Moscow the claim. ENCs stated that Siemens would insist on the return of all four delivered in the Crimea units back in the Krasnodar region.

“Obviously, all four turbines moved to the Crimea contrary to the statements of the client and contractual obligations, he said. – We are talking about point-of-use turbines. It was CHP plant in the Krasnodar region, Taman. All the documents were signed, this guarantee that they will be used. That’s what we want to achieve”.

Previously on “Technopromexport”, said that the company has not received from Siemens no formal offer to repurchase turbines. In addition, tekhnopromeksport has offered this option to the group in 2016, but Siemens then refused, after which the equipment was sold to another company. “Technopromexport” noted that “to date, turbine has been modernized, and specified the characteristics of the project” use of Russian know-how.

The scandal surrounding the supply of turbines in the Crimea flared up in early July. Then Reuters reported that in the Crimea there are gas turbines, manufactured by Siemens, which is contrary to European Union sanctions.

After Reuters, citing sources reported that Russia has delivered in Crimea German Siemens turbine, despite EU sanctions, rostec said that “Technopromexport” has acquired four sets of gas-turbine plants “aftermarket”. However, it does not specify who is the manufacturer of the equipment.

Siemens, in turn, announced the suspension of deliveries of power equipment for Russian companies.

On 4 August the European Union sanctions against Russia for supplies of Siemens turbines for thermal power plants in the Crimea to bypass sanctions. Under the sanctions were the Deputy head of the Ministry of energy of Russia Andrey Cherezov, head of Department of the Ministry of Eugene Grabchak and the head of JSC Technopromexport, Sergey TopoR-Gilkey. Restrictions are also imposed on the companies-partners of Siemens in Russia – JSC “Technopromexport”, the same company Technopromexport and JSC “Interavtomatika”.