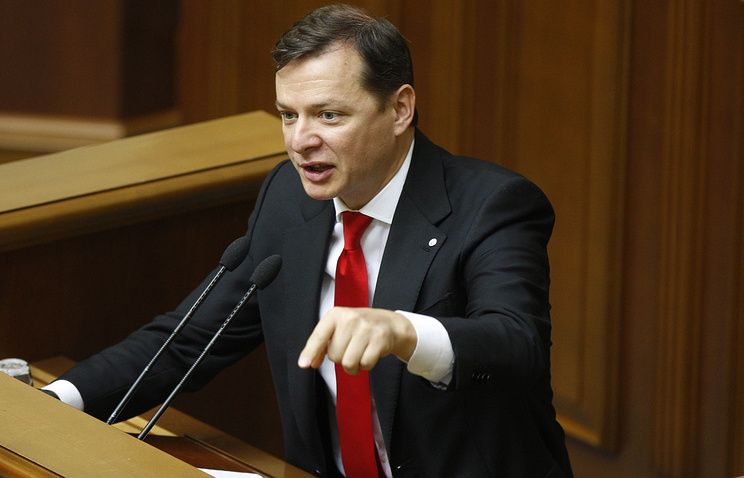 “I appealed to the Prime Minister of Ukraine Volodymyr Groisman demanding to cancel the decision on the purchase of imported gas coal. Require the government to buy only Ukrainian coal to provide jobs for our miners and to pay off their debts on a salary”, – wrote the MP in Facebook.

According to him, the government allows state company “Centrenergo”, one of the leading producers of electricity in the country, “to spend currency on “unnecessary imports Ukraine coal brand “G”, while the domestic state mines, mining this coal, have funding problems and are forced to reduce production.

“Due to the constant underfunding of the coal production at state-owned mines is falling rapidly,” – said Lyashko. He believes that the purchase of coal in the United States in the long run will cause a huge blow to the country’s energy security, as destroying a Ukrainian coal-mining industry. “This policy of government is the loss of public funds, abuse and corruption that will lead to increased unemployment and the cost of utilities,” – said Lyashko.

July 31 “Centrenergo” was signed with the American company Xcoal Energy & Resources agreement on the supply of 700 thousand tons of coal before the end of the year. As reported the head of the Ukrainian company Oleg Kozenko, the cost of each delivery will be different from each other, and the price of coal the first deliveries will be $113 per ton. The ship with coal from the United States with a volume of 85 thousand tons, expected to arrive in Ukraine in early September. The following 120 thousand tons, according to the terms of the contract will go until the end of September, the rest by the end of the year.

American anthracite will be more expensive than coal of the same brand from Russia and the Donbass, which can lead to growth of electricity tariffs. Russian anthracite, Ukraine was buying at $60-70 per ton, and the Donbass have cost even cheaper. On the background of the blockade of coal supplies from Donbas as an alternative to American coal Kiev considered purchasing it in Australia and South Africa. However, from Australia by sea to ship very far, and from South Africa can deliver no more than 700 thousand tons per year.