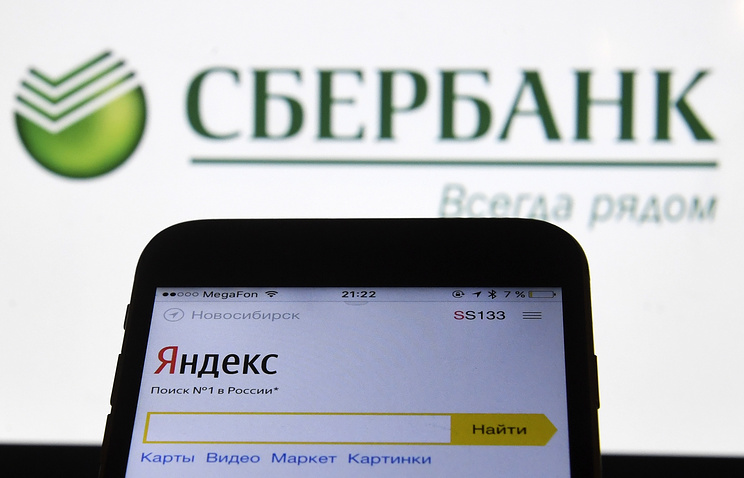 MOSCOW, August 9. /TASS/. Yandex and Sberbank” has announced that it has signed an agreement of intent to create a joint venture on the basis of “Yandex.Market” at a cost of 60 billion rubles without taking into account future synergies. Sberbank will invest in the project is 30 billion rubles, and will get equal with the “Yandex” share in the JV. To experts interviewed by TASS said about why it is necessary for the savings Bank and for funds to develop the marketplace of “Yandex”.

Information about the fact that the Bank is interested in projects in the field of Internet Commerce, appeared in the fall of 2016. The newspaper “Kommersant” with reference to sources wrote that the Bank can create with Alibaba Group joint venture in the field of electronic Commerce in the first half of 2017, According to the newspaper, officials of the government together with the presidential administration and the Central Bank is close to completing negotiation of the basic terms of the transaction.

“But somewhere in March 2017, it became known that nothing seems to work, the parties agree and, apparently, from the time we took to look, who else can make a good Internet project,” – said in an interview with TASS the head of the Association of companies the Internet-trade (AKIT) Alexei Fedorov.

“We have never commented and don’t comment on rumors”, – TASS was told in the savings Bank on the question of whether a new project to connect the Chinese side (AliExpress). The Bank also noted that excited about the new partnership, and also reminded that this is not the first experience – Sberbank together with “Yandex” has service “Yandex.Money,” which during the years of joint ownership has grown on operating and financial metrics. “In respect of “Yandex.Market” we expect even greater success,” – said the press service of Sberbank.

In late July, “Yandex” has published financial results for the second quarter and first half of 2017. The segment of “electronic Commerce” (“Yandex.Market”) increased for the second quarter of 9% compared to the same period in 2016, for six months, the growth was 17%. “This is the first year the increase amounted to only 9%, although the market has grown according to our estimates by 14%, not less. That is, “Yandex” for the first time, showed growth below the market, this suggests that the traffic of “Yandex” biting”, – said Fedorov, noting that, according to AKIT, a significant increase shows Internet Commerce from abroad (mostly AliExpress – approx. ed.).

Indeed, the Russian market is a priority for AliExpress and is in the TOP 3 by the number of orders along with the United States and Europe, recalled by TASS in AliExpress. Over the past year and a half, the company launched in Russia, the site AliExpress Mall, where the goods of Russian companies, including the biggest brands, as well as a number of localized service – fast delivery and sale on credit.

Yandex expects growth. By the end of 2016, the turnover “Yandex.Market” made up of about 100 billion rubles. The service presents more than 150 million product offerings. The monthly number of visitors is estimated at 20 million people. Yandex expects that the joint with the savings Bank actions will lead to repeated growth of “Yandex.Market”, the company said.

President of the National Association of distance selling (NAMO) Alexander Ivanov believes that the invested funds can be used for logistics development. “This deal is a win-win because Yandex generates a pretty solid investment, and I don’t remember when was the last time in e-commerce someone or something invested,” – said Ivanov recalled that the Chinese competitors “behind a rather large financial resources.”

According to Ivanov, funds can be directed to the construction of warehouses and such intent “Yandex” announced earlier.

Why is the savings Bank

“By combining infrastructure and technology, the company will develop an ecosystem of e-Commerce, including the purchase and sale of goods, including digital, as well as related products and services,” reads a press release of Yandex and Sberbank. According to the report, investments of the savings Bank will strengthen the position of “Yandex.Market” in the market and bring value to partners. “In particular, they will provide additional resources in new areas: logistics, program “Market Ordering” work with foreign shops,” – are reported words of the General Director “Yandex.Store” Maxima Grishakova.

Fedorov from AKITA believes that the Bank could use its branches (Sberbank, there are over 17 thousand branches in all Russian regions, except Crimea and Sevastopol – approx. ed.) as the terms of purchases. “It is likely that of these offices it is possible to make the terms of online orders. Have a lot of players that these points will be able to fill, and it can be provided only to “Yandex.Market”, – he said.

In addition, this project can improve the situation with the high price for acquiring. According to a study by Internet Acquiring Rank 2016, prepared by the analytical Agency Markswebb Rank&Report, almost all of the services of Internet acquiring of the amount of Commission depends on the turnover and scope of activities of the client and is for businesses with a turnover up to 100 thousand rubles – 2,9-3,5%, from 100 thousand to 5 million rubles to 2.8% to -2.9%, while the turnover from 10 million RUB – 2-2,5%. “Internet acquiring in Russia is very expensive. We very much hope that the Bank, realizing that he is losing huge money on payments via Visa and Mastercard, will make the payments within the minimum of Sberbank”, – said Fedorov.