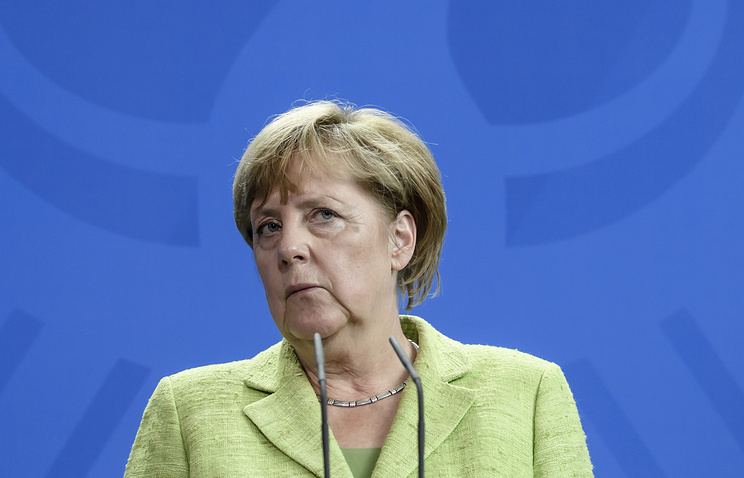 BERLIN, August 12. /TASS/. The ban on the use of diesel cars from the current scandal around German automakers and the machinations of emissions of harmful substances into the atmosphere. This was stated on Saturday in Dortmund, the German Chancellor Angela Merkel.

“We want to have a good industry, but we want to maintain high environmental standards”, – said the head of the German Cabinet. “We want to avoid restrictions on the use of cars [diesel engines]. There should not be such that someone buying a car, and suddenly he was forbidden to drive it and resell,” said Merkel.

Originally, the diesel centre of the scandal was Volkswagen. In 2015 it turned out that the car group was equipped with software that allowed to underestimate the concentrations of harmful substances in exhaust gases. On 21 July this year, the magazine Der Spiegel reported that five automakers – Volkswagen, Audi, Porsche, BMW and Daimler – 1990-ies coordinate production, cost, suppliers, parts, and even the mechanisms for exhaust gas cleaning in diesel engines.

This situation, in which corporations, according to Merkel, squandered its credibility “has nothing to do with social market economy”.

In the Wake of this scandal, the representatives of the German automobile industry decided to re-equipped engines and 5 million cars, upgrade they software. In early August, was held the so-called diesel summit in Berlin attended by the head of the German automakers, and together with representatives of the government began to seek a way out of this crisis. At this stage it was decided to pay the customers a bonus when you exchange your old petrol car for a new one. For example, Volkswagen will subsidize a share of up to €10 thousand, Audi – to €3 thousand.