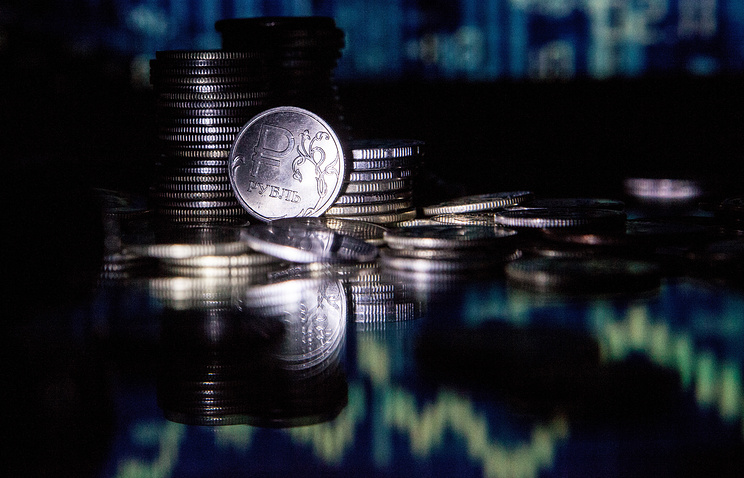 MOSCOW, August 15. /TASS/. The weakening of the Russian currency in July against the U.S. dollar was caused by temporary factors, the situation on the currency market remains stable, said TASS Deputy Director of monetary policy Department, Bank of Russia Alexander Polonsky.

“According to our estimates, currently, the situation on the currency market remains stable. The July weakening of the ruble mainly due to temporary factors. In particular, export sales of foreign currency in July was quite low. According to Bank of Russia estimates, the daily volume of operations was approximately $50 million less than expected under the current price of oil. This could be due to the fact that a lot of currency by exporters were sold in April and may amid expectations that the strengthening of the ruble,” – said Polonsky.

He also reminded that the currency in July also bought the non-resident after they received dividends from Russian companies.

However, according to Polonsky, has increased foreign investments in Russian stocks and bonds, despite the increased external sanctions. “This is due to the attractive exchange rate and undervaluation of Russian securities compared with securities of other emerging markets,” he said.

The role of tensions

In the monthly reviews of the Central Bank “Liquidity of the banking sector and financial markets” notes that the increasing tensions in relations between Moscow and Washington did not prevent the increase of foreign investments in Russian stocks and bonds in July.

“Despite the rising geopolitical tensions and tighter sanctions, foreign investors have increased their investments in Russian securities. At the end of the month (July 2017 – approx. ed.), non-residents acquired on the Moscow exchange OFZ and equities on a net basis at 36 and 42 billion rubles, respectively,” – notes the regulator.

According to Bank of Russia estimates, this contributed to the undervaluation of Russian stocks and bonds in the background of the securities of other emerging markets, and an attractive exchange rate.

The regulator notes that the high activity in the OFZ market has also been institutional investors, particularly pension funds. Over the past month, their investments in government bonds grew by 77.4 billion rubles, which is the record value at least for the last four years.

The document also States that the dependence of the ruble from oil prices in July were near historic lows.

The regulator notes that in July in the banking sector also preserved a structural surplus of liquidity.

Thus, according to the CBR, despite the considerable amount paid by the Agency for Deposit insurance in July to insured depositors (about 150 billion rubles – approx. TASS), these operations had no significant impact on the liquidity of the banking sector.

“This is due to the fact that the agent banks in accordance with GK DIA contracts first return the money to investors from its own funds, and compensation from GK DIA get later. As most investors chose to keep the money in the form of cash, liquidity outflow from the banking sector did not happen”, – says Central Bank, stressing that the influx of funds as a result of the possible operations in the coming months.