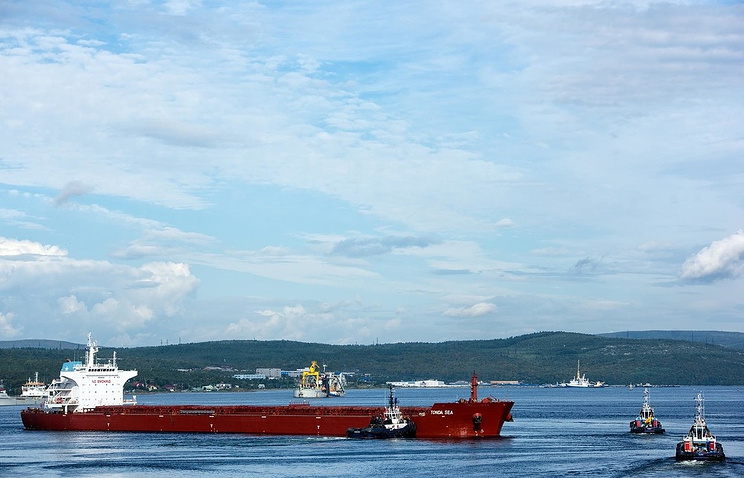 MOSCOW, August 16. /TASS/. Siberian coal energy company (SUEK) plans in the year of the environment to invest almost 3 billion rubles in environmental protection in the areas of production and handling of raw materials, told TASS in the company.

“To select the best available technologies, we analyzed the 15 largest ports in the world with a total turnover of over 600 million tonnes of coal and developed a plan for implementation of the best technologies of dust suppression to reduce the load on the environment up to current world standards”, – said Deputy General Director of SUEK – logistics Director Denis Ilatovsky.

In addition, SUEK stated that the port terminals, in which the company operates do not pose a threat to the environment, and their impact on the environment is minimal. SUEK refers to the data of state reports of the Ministry of natural resources and analysis of independent expertise: for example, the share of emissions of the port of Murmansk among all sources within the city is 0,66%.

“For many decades coal will remain the most important source of energy on the planet, however, becoming more efficient and environmentally friendly fuel,” – said General Director of the company Vladimir Rashevsky.

On Wednesday at meeting on development of transport infrastructure of Northwest Russia, Russian President Vladimir Putin urged to use modern environmentally friendly technologies in coal terminals of the sea ports of the country, where a particularly acute problem of ecology because of high concentrations of coal dust in the air.

The energy Ministry told TASS that the leading coal companies of the country already have programs for several years to address environmental problems in the regions coal industry, and additional investment is necessary.