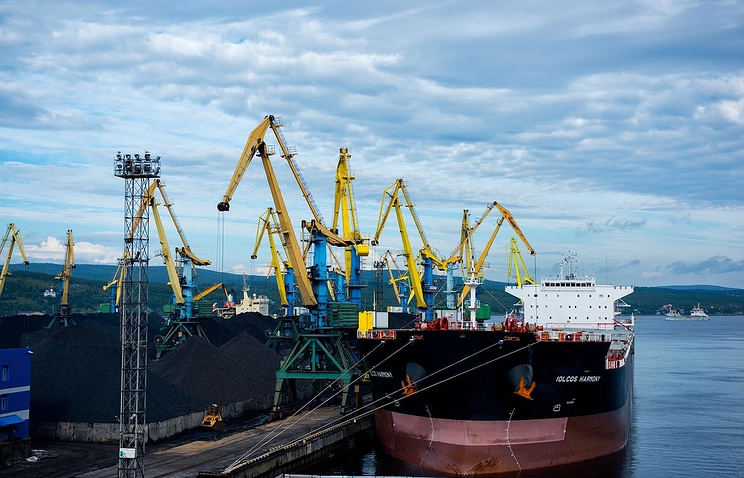 MOSCOW, August 16. /TASS/. Murmansk commercial sea port will be the first in Russia where there will be automatic system for control of emissions from fugitive sources, including coal depots. About TASS reported in SUEK (one of the major shareholders of the port).

“This system is similar to the principle of operation of the analyzers of the air, but only the scale of control will be increased with the enterprise as a whole to the perimeter of the concrete pad. With its help, the experts will be able not only to perform a local process, but also to predict a dusting from a separate source in the total volume of the scattering particles,” – said in the message.

The company claims that the emissions of pollutants in the Murmansk port since 2008 to the present time has been cut in half. In particular, the level of suspended solids concentrations in water from 2011 to 2016 has decreased five times.

“It is important to note that the effect is achieved on the background of growth of turnover of goods and the last factor is not only entailed the growth of pollution, but rather contributed to the improvement of the environmental situation due to the possibility to direct the most part of the profits of the enterprise for environmental protection”,- said Deputy General Director of SUEK – logistics Director Denis Ilatovsky.

To reduce emissions to the atmosphere completely redesigned the technological process of the port, which allowed two times to reduce the amount of equipment used and, consequently, its impact on air quality.

The year of the environment

Decree of the President of Russia Vladimir Putin the year 2017 in Russia was declared the year of ecology to draw attention to problems in the environmental field, and to improve the status of environmental security of the country.

Earlier, the Minister of ecology and natural resources Sergey Donskoy said that the total investment in environmental projects in the year of the environment will be about 400 billion rubles, and it will be both public and private investment. A large part of investments will be allocated from private sources.

As reported TASS in the Ministry, in 2016 the total investment in the projects of the Russian Federation amounted to 150 billion rubles. Thus, in the year of the environment public and private investment in such projects will increase by almost 2.7 times.

SUEK is among the top 10 global producers and exporters of coal and it is the largest producer in Russia. By the end of 2016, the company produced 105,47 million tons (7.9% more than in the previous year), sales of coal exports amounted to 51.9 million tons. The company’s assets are located in seven regions of the Russian Federation, in the composition of Sueca 15 cuts, 12 coal mines, nine concentrators and systems, as well as three ports in which the company is one of the major shareholders.