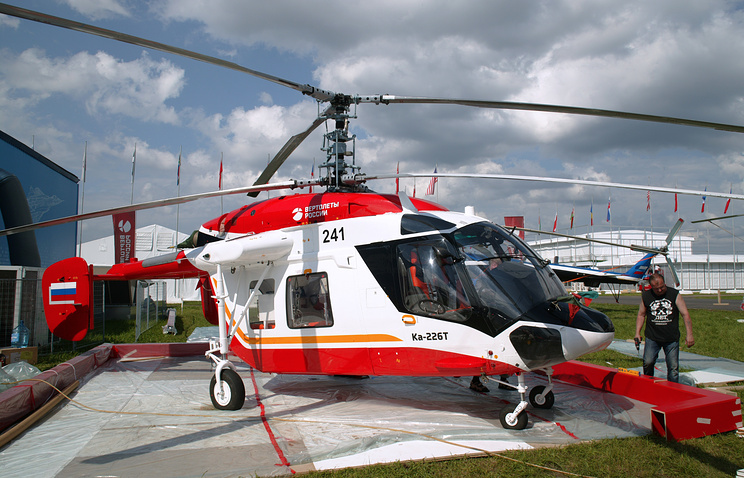 “I want to say that we consider resolved the issue associated with order to release necessary production hall at a very promising Russian-Indian project. We have agreed with our Indian colleagues: they are interested in to display the Ka-226T helicopter, this helicopter is particularly suitable for the Indian market, because it is mountainous, it is the Kamo coaxial screw system, we’re talking about 200 helicopters,” he said. Vice-Premier explained that there is an agreement about the delivery to India of 60 helicopters, assembled at the plant in Ulan-Ude, “a 140 will already be localized in the territory of India, but still the units themselves will be produced at the Ulan-Ude aviation plant”.

Rogozin joked that he personally is ready to provide helicopters to the Prime Minister of India Narendra modi. “I hope me and the Director [of the Ulan-Ude aviation plant] now agree that when together in India we’ll go and do a presentation on this helicopter, I am ready to raise the helicopter, I’m a pilot” – he said. “Of course, I’m kidding, but I want to say that we are going to promote this technique of Ulan-Ude aircraft plant joint effort, because she’s worth it,” he added.

The dismantling of the old equipment

Rogozin said that the decision was made to dismantle the equipment used for the production of aircraft su-25. According to him, it is not necessary, as the more modern aircraft designs, in particular the su-30SM, which are a replacement for the su-25, manufactured at the plant in Irkutsk. The Vice-Premier noted that at the moment made a decision in principle on the release of production capacity. Soon it will be issued by decision of the government.

Speaking about prospects of the enterprise as a whole, Rogozin stated that the situation is changing for the better, new model. In addition, there were certified the Mi-171A2. “The company becomes the base enterprise of “Helicopters of Russia”, – said Rogozin. He suggested that the plant in the future, big future.

2 may 2017 the Ministry of corporate Affairs government of India established the Indian-Russian joint stock company for the production of helicopters, marking the formal establishment of a joint venture between Hindustan Aeronautics Limited, “Helicopters of Russia” and “Rosoboronexport”. Russia’s Ka-226T helicopter will be produced at two plants in Kumertau and Ulan-Ude. Ka-226T – light multipurpose helicopter, takeoff weight which is 3,4 so It is designed to transport up to 1.5 tons of cargo or up to seven passengers to a distance of 600 km.

The mi-171A2, the average multi-purpose helicopter, developed at the Moscow helicopter plant im. Mile certified category “A”, providing for the implementation of the most stringent safety requirements applied to civil helicopters. Flight tests of the Mi-171A2 started in 2014, beginning with 2017, the helicopter made more than 200 flights. At a recent MAKS air show in 2017, the helicopter performed a demonstration flight at eight.