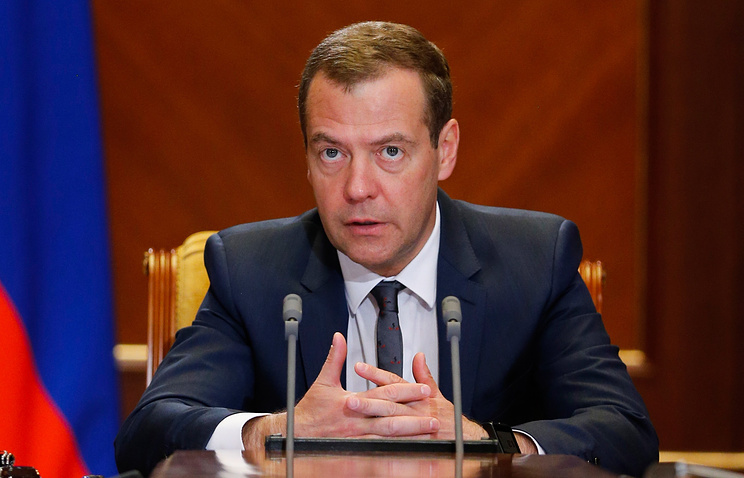 TASS, August 17. Prime Minister Dmitry Medvedev approved the strategy of development of the transport sector until 2030. He stated this at the government meeting.

“I signed the document, quite significant for the development of transport engineering. This strategy of industry development till 2030. This is an important task throughout the economy. Among the main priorities of the strategy is to saturate the domestic market of modern competitive products of transport machine-building, increase its exports,” said Medvedev.

The Prime Minister added that Russia counts on the creation of new production capacity, jobs, attracting investment in innovation. “This is especially important for such priorities as the development of high-speed traffic, heavy traffic, the introduction of intelligent systems in transport, the so-called smart cars with on-Board telemetry,” – said the Prime Minister.

He added that “the advanced technology will require the creation of new models of passenger transport”. “As a result, carriers will be able to acquire the latest locomotives, train cars, trams, subway cars. And most importantly, I hope all of this will be comfortable to ride”, – concluded Medvedev.

As reported on the website of the government strategy designed, in particular, to ensure dynamic development of the Russian transport machine-building and diversification of export potential of the country. We are talking about the manufacture of railway rolling stock, trams and metro cars.

Priority directions of development of the industry is the development of high-speed and heavy freight traffic, and the introduction of intelligent systems in the operation of freight rolling stock (“smart car”).

“As one of the most important results of implementation of the strategy declared the realization of the potential of the internal market with the further reorientation of production of the Russian transport engineering industry in foreign markets”, – stated in the certificate to the document.

The strategy foresees an annual increase in production of locomotives, trams and other rolling stock, as well as the index of labor productivity in transport engineering.

As expected, the Cabinet, the implementation of the document will ensure the contribution of this sector to the GDP growth of the Russian Federation, the development of manufacturing industries and the diversification of the economy.