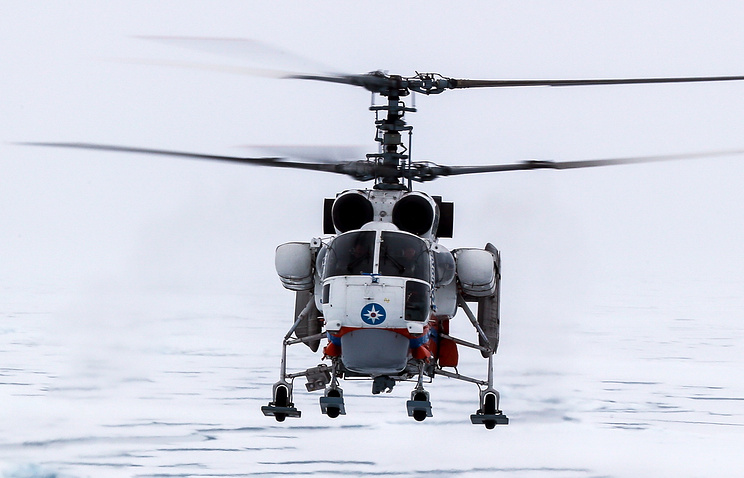 KUMERTAU, August 18. /TASS/. Eight helicopters Ka-32A11BC will be delivered to Thailand and Turkey. This was reported in the holding company “Helicopters of Russia” (included in rostec).

“To date, the holding company “Helicopters of Russia” signed contracts for the supply abroad of eight helicopters of this type [Ka-32A11BC]. In the framework of the signed agreements, the Ka-32 will be first delivered to Thailand and Turkey,” – said the holding, without specifying delivery dates.

It also became known that two of the Ka-32A11BC is scheduled to be transferred to China before the end of the year.

“A group of specialists of the Chinese company Jiangsu Baoli arrived at Kumertau aviation production enterprise [Kumertau aviation production enterprise] for delivery of two helicopters Ka-32A11BC, which, according to the terms of the contract should be transferred to the customer until the end of 2017”, – said the press service of the holding. The first helicopter will go to the place of operation in early September.

“Today, one helicopter has already been delivered to China, and the remainder are in the enterprise in different degree of readiness”, – said in the holding.

Medium multi-purpose helicopter Ka-32A11VS with coaxial rotors are designed to perform a dedicated search-and-rescue and high-altitude installation, firefighting and transportation of cargo inside the fuselage and on external sling, evacuation of the sick and injured, as well as for patrolling and support of intelligence operations.

“Ka-32 is considered to be one of our “bestsellers” due to its unique flight characteristics and wide application possibilities. We are proud to note that the number of operators of this model in the near future will expand”, – said the first Deputy General Director of holding Sergey Fomin.

The ka-32A11BC is used in Russia, Canada, Spain, Portugal, Switzerland, China, South Korea, Indonesia and other countries. The helicopter is produced at Kumertau aviation production enterprise, founded in 1962 on the basis of Kumertau machinery and repair plant.