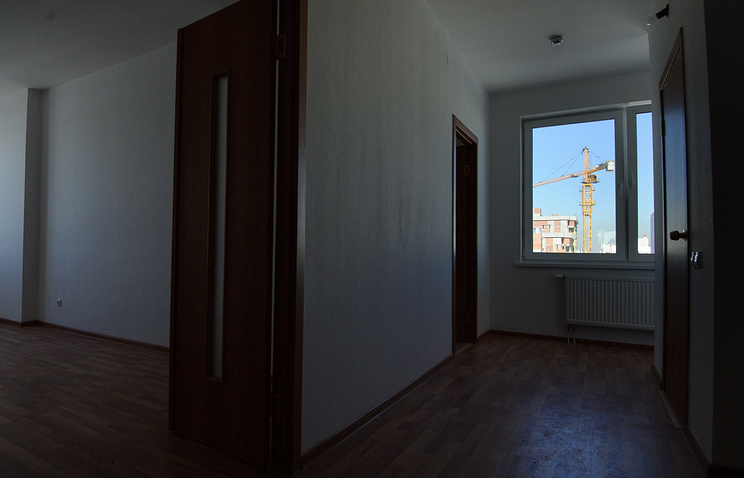 MOSCOW, August 21. /TASS/. Real estate investors LCD “Tsaritsyno” “sooner or later” will get their flats despite the arrest of the head of the Moscow combine of bakeries “Mathew”, Igor Pinkevich, which is a developer of residential areas “Tsaritsyno-1” and “Tsaritsyno-2”. This opinion was expressed by TASS Monday communications Advisor CC “Mathew” Arseniy Mesitov, noting that the situation of the company should not affect the receipt of apartments by shareholders.

“Sooner or later they all get their apartments, the fact. Because they all have on hand contracts equity, they are protected by law. Let me remind you that the LCD Tsaritsyno is ready and LCD “Tsaritsyno-2″ is in a high-availability (40% of construction completed). The company intends to defend its interests,” said Mesitov.

The project began in 2006 but the commissioning of buildings from the developer repeatedly postponed, prompting investors to mass complaints. Several investors have expressed their desire to commit themselves to complete the construction of the problem protracted.

The reason for the arrest

As reported TASS the press service of the Tver court, Igor Pinkevich arrested until October 12, 2017, on suspicion of fraud for the delay in the construction of residential areas “Tsaritsyno-1” and “Tsaritsyno-2”.

“August 19 Tver district court of Moscow issued an order to remand in custody in respect of Igor Pinkevich suspected of committing a crime under part 4 of article 159 of the criminal code of the Russian Federation for the period till October 12,” – said the press service.

In the company TASS said that the reason for the delays in construction have created the economic crisis and the delay in permits from the relevant authorities.

He added that in addition to Pinkevich, arrested several employees. In addition, the company appealed to the Ombudsman under the Russian President for human entrepreneurs Boris Titov.

Development project on the territory of the Moscow plant bakeries with an area of 26 hectares, “Mathew” beginning in 2006. The first phase of the project, the company commissioned with delays, and the second and the third phase is still not completed. “Mathew” provides up to 60% of the market of bakery products in Moscow. The company owns eight of the bakeries, which employs about 7 thousand people.

Official comments from the Main investigation Department of MIA in Moscow at the delay of Pinkevich TASS does not yet have. However, according to the Agency source familiar with the situation, the Department has opened a criminal case under part 4 of article 159 of the criminal code (“Fraud”).

As the source said, according to the investigation, “the guidance of the developer LCD “Tsaritsyno” Moscow combine of bakeries – was fraudulently stolen money of citizens in the construction of residential houses in Moscow in the street 6-I Radial”. The result was deceived more than 6 thousand citizens.

At the same time defrauded real estate investors have begun to apply to the head of the Investigative Committee of the Russian Federation Alexander Bastrykin with a request to intervene in the criminal proceedings which was initiated by GUS GU MVD in Moscow. Official representatives of the UK said that Bastrykin ready to listen to the arguments of the citizens, and if they are confirmed, decisions will be taken.

Boris Titov on Monday told reporters that he intends to deal with the situation of the arrest of Igor Pinkevich.

“The story of Igor Pinkevich requires investigation, but what immediately catches the eye – is the fact that it applied the measure of restraint in form of detention. Despite the fact that point 1.1 of article 108 of the criminal procedure code limits the application of such measures “business” articles – unless, of course, the businessman does not demonstrate a clear desire to evade justice. And judging by the fact that Pinkevich took in the hospital, running he wasn’t going. Will understand”, – he told reporters.

The interest of investors

As reported TASS the press service of Moskomstroyinvest, the company SK “Strategy” (included in GC “Inteko”) became interested in the conditions of participation in the development of residential neighborhoods “Tsaritsyno-1” and “Tsaritsyno-2”.

“The company “Strategy” which is “a daughter” “Inteko” interested in this project (LCD Tsaritsyno), was negotiated. But the change of the developer is possible only if the current investor will consent to the change,” – said the representative of press-service.

The representative “Inteko” in conversation with the correspondent of TASS confirmed the interest of the company in completion of construction of residential complex “Tsaritsyno”.

In turn, representatives of the PSB expressed readiness to Finance the construction of the LCD “Tsaritsyno” in order to comply with the interests of shareholders and the city as a whole.

“GVSU (building company GVSU “the Center” – approx. TASS) as the original contractor LCD built Tsaritsino, bought the company’s debt to PSB and ready to build a residential complex. PSB as a financial partner ready to Finance this construction in order to comply with the interests of shareholders and the city of Moscow”, the Bank said.