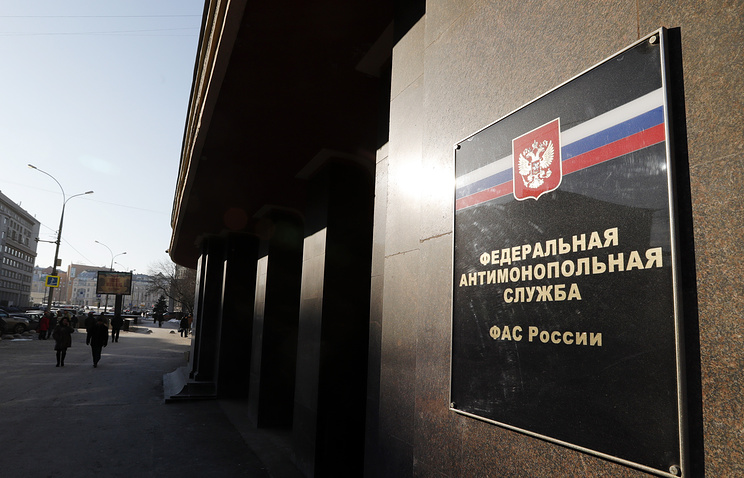 MOSCOW, August 24. /TASS/. The Federal Antimonopoly service (FAS) of Russia recognized suppliers of computers to the State automated system (GUS) “Election” guilty of the cartel. In cartel companies are threatened with the fines. The Commission FAS has come to the conclusion that the conspiracy was coordinated by the Russian representative office of HP, part of the second suspect in the coordination of Lenovo service couldn’t prove. About TASS reported the press service of the Ministry.

In respect of “Production company Aquarius”, “national computer Corporation”, “Business computers group” and “AMI-netvork” FAS found that the companies concluded an anticompetitive agreement that resulted in maintaining prices at an open auction in electronic form for supply system units for complexes of means of automation of regional fragments of the “Vybory”. For companies, the penalty from 10% to 50% of the initial maximum contract price. All fines will be scheduled throughout the year from the date of the judgment, explained in a press-service FAS.

Economic activity of the companies was coordinated by the Russian office of Hewlett-Packard.

Other cartels in the supply of equipment

The Antimonopoly service also came to the conclusion that the company “akvarius” and “Superveyv group” concluded an anticompetitive agreement. It is assumed that they maintained prices at auction for the supply of office and network equipment (servers and server equipment, etc.). The company purchased equipment from Hewlett-Packard and license for “Nickel – a Common service center”. “Aquarius” and “Superveyv groups” will have to pay a fine from 10% to 50% of the initial maximum contract price.

“At the end of the proceedings “Aquarius” and “CROC” was found to be in violation of paragraph 2 part 1 article 11 of the law “On protection of competition”, – says the service. The company participated in the agreement that resulted in maintaining prices at tenders for the provision of services for the program “Information city” and Rosstat.

While some episodes of the FAS found the company guilty. “FAS stopped only on those episodes that are absolutely provable and which are easy to defend in court”, – said Deputy head of FAS Andrey tsarikovskiy.

The decision and the case file will be forwarded to the Federal security service and the Federal tax service, according to message FAS.