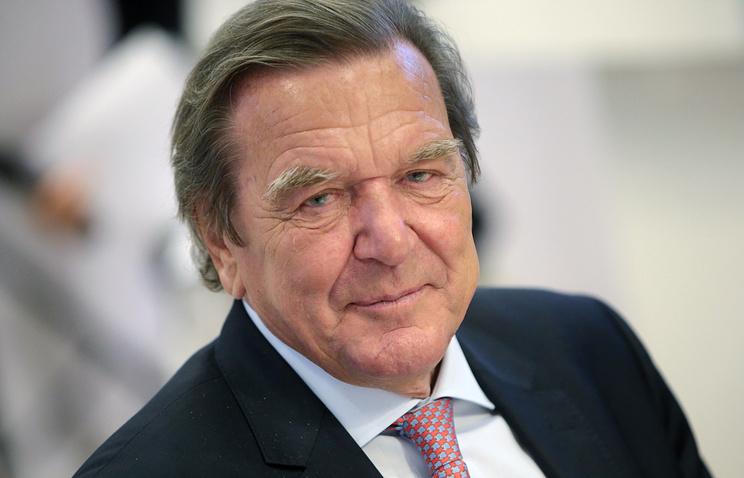 TASS, August 30. Former German Chancellor Gerhard Schroeder confirmed on Wednesday plans to join the Board of Directors of Rosneft, despite the criticism of the German public and the media. The politician urged not to demonize Russia, reported DPA.

“I’ll do it. We are talking about my life, here I decide, and not the German press,” said social Democrat at a campaign event in the town of the Federal state of lower Saxony, which he headed before moving to Berlin. According to Schroeder, in the high post he will protect the energy security of Germany and Europe.

“The demonization of Russia is not gonna help anyone,” said the ex-Chancellor. He added that Rosneft “is not one of the hands of the Russian government,” and the Board of Directors of the company will include many foreign nationals. “I cannot use it,” concluded Schroeder, which many media outlets blamed for the fact that after his appointment, he will represent the interests of the Russian leadership.

Schroeder, who headed the Cabinet of Germany from 1998 to 2005, was heavily criticized at home after August 11, the Russian government has put forward its candidate to the Board of Directors of Rosneft. The company will hold an extraordinary shareholders meeting on 29 September in St. Petersburg. The shredder called the decision “a personal matter” and accused the party of Chancellor Angela Merkel in an attempt to boost their ratings at the expense of the social Democrats, ahead of the September elections to the Bundestag.