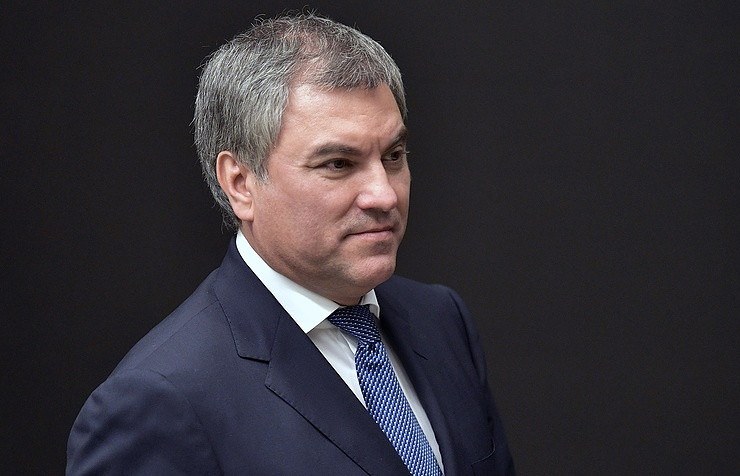 MOSCOW, January 30. /TASS./ The inclusion of the so-called Kremlin report of the U.S. Treasury names officials, big businessmen and managers of state-owned companies is a recognition, even an honorary nomination. This was stated on Tuesday, the Chairman of the state Duma Vyacheslav Volodin, the TV channel “Russia 24”, commenting on “the Kremlin list” prepared by the U.S. Treasury to Congress.

“In this list are chief executives of companies of world level. It’s a confession that will not get in any rating,” he said, stressing that those who appeared in this list “should just realize that they took and nominated as the best company as the best leaders.”

Earlier Vyacheslav Volodin noted that the way the US is trying to change the internal policy of Russia, but such measures will affect primarily US citizens, but will also harm the interests of the European partners of America. In addition, he noted that new sanctions against Russia do not reach the goal, but on the contrary, will further unite the community.

The U.S. Treasury Department on Monday released an open version of the so-called the Kremlin report, which was submitted to all members of the Russian government, including Prime Minister Dmitry Medvedev, heads of the presidential administration, the heads of several state corporations and state-owned banks, as well as businessmen with the state, according to U.S. sources, $1 billion or more. The list includes the names of 210 people.