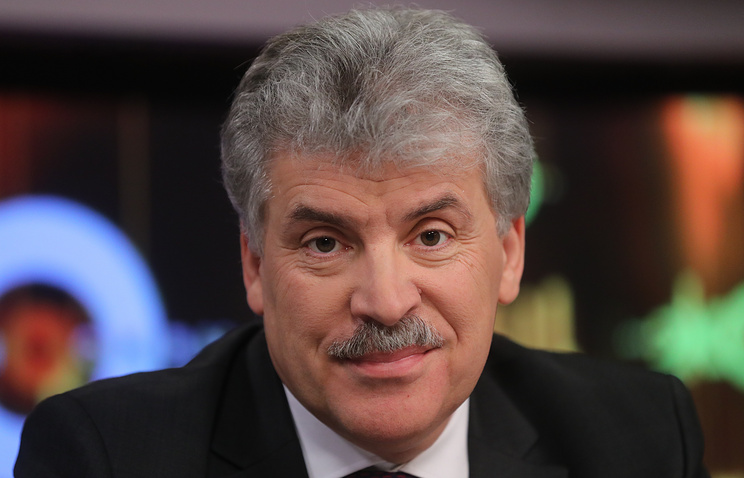 “I don’t see problems there, which are insoluble in nature,” he said. “There is a misunderstanding we have,” added Bulaev. “There are two accounts in Switzerland, not closed and which have not informed the Federal tax service and two accounts in Austria, which too, is not fully closed. Pavel Nikolayevich [Grudinin] promised to submit today or tomorrow,” explained Bulaev.

He Grudinin, the TV channel said that “he has no problem with the accounts, no” and said that the purpose of today’s visit to the CEC was to “sign Trustees.” “Urgent need to make all Trustees, it is very important,” he said. The candidate from the Communist party also told journalists that visited the CEC for approval of information that must be listed in the newsletter.

The CEC at a meeting on 12 January Grudinina registered as a presidential candidate. By law for registration, the applicant must submit to the CEC the certificate of absence of accounts or financial instruments abroad.

As reported in the meeting the member of the CEC Boris Ebzeev, Grudinin when submitting documents for the nomination pointed out that it has five accounts in a Bank in Vienna. Another CEC member Yevgeny Kolyushin said that all accounts were closed before the registration of the candidate.