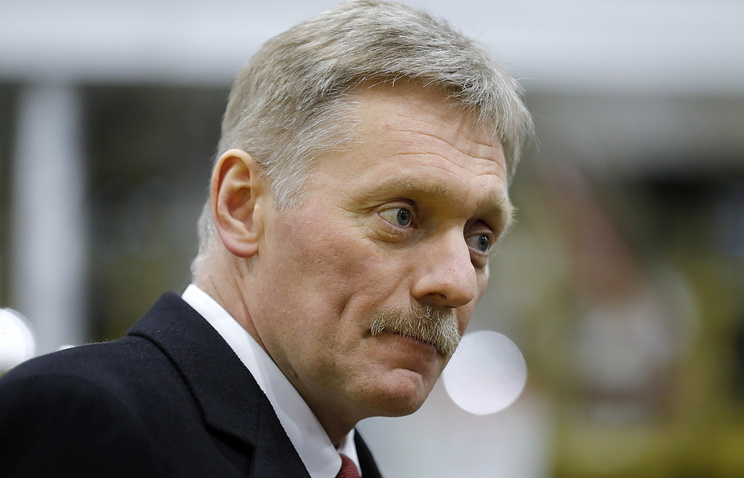 MOSCOW, February 2. /TASS./ Press Secretary of the President Dmitry Peskov after the CEC apologized for his admitted campaign statement in favor of President Vladimir Putin promised during the election campaign to be careful to avoid this. “I apologize for making statements that could be interpreted as propaganda – he said to journalists. – Continue, of course, at this period [the election campaign] I will be more careful in order not to give rise to such comments.”

A Kremlin spokesman added that all this does not apply to the coverage of Putin’s activities as the incumbent President of Russia.

According to him, he took note of the CEC note. Peskov acknowledged that during the election period that matters, not his own opinion of their words, but their estimates of the CEC, “which is the lead Agency for the organization of presidential elections”.

Earlier on Friday, the CEC Chairperson Ella Pamfilova Peskov pointed to the inadmissibility of campaign statements. According to her, January 29, several media outlets quoted Peskov about Putin, which were “obvious signs of agitation.” “I now on behalf of the CEC to make a comment, the press Secretary of the President to prevent further such statements,” – said Pamfilova on Friday at the CEC session.

Later, in an interview with reporters, Pamfilova explained that limited to a verbal warning sand, there are no sanctions against press Secretary of the head of state will not. “No, this single [warning] it never will be,” she said. Pamfilova recalled that according to the law, persons who are not candidates and holding public office or in the public service during the election campaign, is not entitled to use advantages of their official position in order for the nomination or election of a candidate, including “campaigning in the performance of official duties.”

“The election campaign is recognised as the expression of preference for any candidate, as well as the activities promoting formation of positive or negative attitude of voters towards the candidates,” – said Pamfilova. She also urged the media and “officials cooperating with them,” “to consider the statutory election period restrictions.” Officials of the CEC head noted the need to refrain from campaign statements in the performance of official duties.