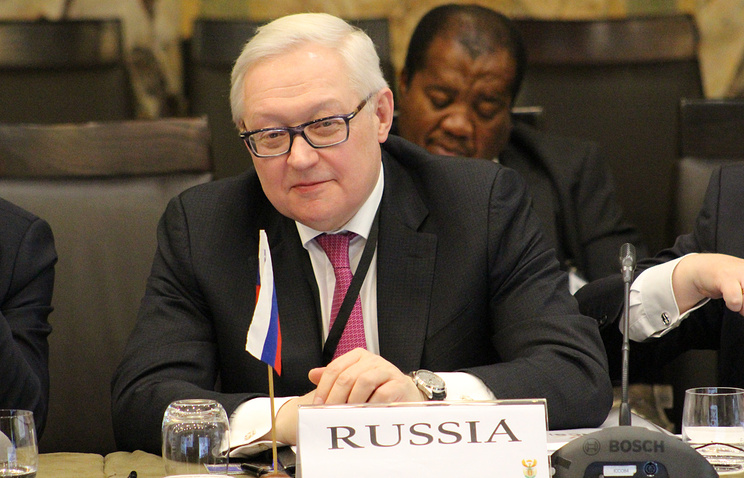 Cape town, 5 February. /TASS./ Russia considers the format of cooperation of the BRICS (Brazil, Russia, India, China, South Africa) and regional organizations of developing countries are extremely convenient platform for the development of the process of “integration of integrations”. About it on taken place on Monday the opening of a meeting of Sherpas and sous-Sherpas BRICS in Cape town, said Deputy Minister of foreign Affairs of the Russian Federation Sergey Ryabkov.

In the first of a series of activities in preparation for X BRICS summit, to be held in late July in Johannesburg, the Russian Sherpa noted that the format of the “BRICS plus” was first offered to South Africa during its previous presidency in the “five”, when the Durban summit in 2013 was attended by representatives of African regional organizations. Then Brazil organized a meeting in Fortaleza with the leaders of several Latin American countries, Russia continued the tradition, inviting the Ufa summit of leaders of Shanghai cooperation organization (SCO) and the Eurasian economic Union (EEU), and the summit in Goa was attended by representatives of the regional forum of the Bay of Bengal (BIMSTEC). “We invite our partners to consider the format of the “BRICS plus” as a platform for the development of what might be called the “integration of integrations,” said Ryabkov.

Also, according to him, it is necessary to continue consultations between representatives of the five countries in international organizations on issues related to international security and to develop cooperation on strengthening security in the field of information technology. “We believe that a special forum on this issue next meeting which is scheduled for 16 may in Cape town, have become specialized working group with BRICS”, said the diplomat.

He also announced the April international conference on cryptocurrency and blockchains in Moscow, inviting the partners to participate in its deliberations, and South Africa as a country-Chairman of the five this year – to consider her inclusion in the list of events held under the auspices of the BRICS.

Among other proposals made by the Russian side, – the establishment of a joint platform for research in the field of energy development and the Committee on policy coordination and the harmonization of national legislations for the protection of competition.

The Sherpas of other BRICS countries also agreed to continue cooperation in the format of “BRICS plus.” In particular, the Deputy Minister of foreign Affairs of China he is said that the project “BRICS no longer belongs to just one member countries of this organization” because it involves many other countries and regions of the world. “To strengthen our broad-based partnerships, we need to make BRICS a more representative, inclusive, open and transparent Union”, – he stressed.