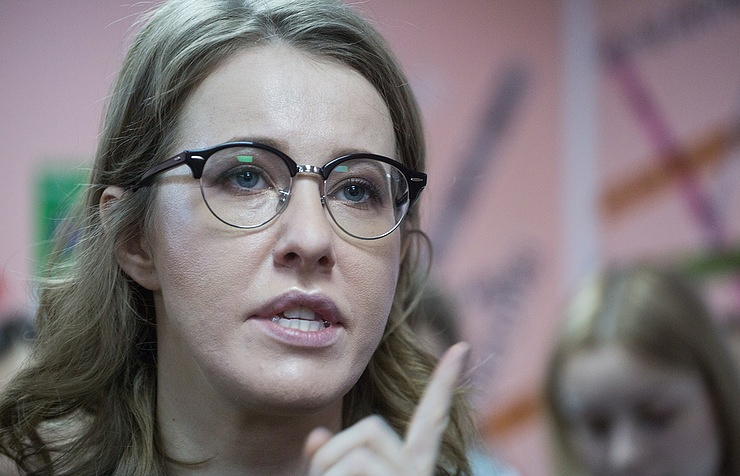 WASHINGTON, February 7. /TASS./ The candidate in presidents of Russia Ksenia Sobchak has expressed the view that NATO is not a threat to Russia, and also spoke about what will be her first steps in power in case of victory on forthcoming elections of the head of state. His thoughts on these matters she shared, speaking Tuesday at the National press club in Washington.

Sobchak sees NATO as a threat

Answering the question of reporters whether it is to support the aspirations of Ukraine and Georgia to join NATO and the European Union, Sobchak has expressed the opinion that “the aspiration of an independent state – it is purely his desire”.

“I don’t see NATO as a threat to us [Russia]. Moreover, it would be good to have the intention to do everything possible to be a part of NATO to join NATO. This is the right goal for Russia, as well as unite with the EU, because we are part of this European system. Many of the challenges we face are common to us with the United States and the EU,” says Sobchak.

The first three steps after the election

“First and foremost, it is the release of all political prisoners, currently [serving time] in Russia… The second is the reform of the judiciary, because an independent judiciary is something we lack now. Third – prepare for the next elections to the state Duma, which should be free and should lead to the beginning of the reform [of the transition] to a parliamentary Republic”, – said Sobchak, answering the question, what would her actions in the first 90 days in office, if elected head of state.

“The Law Of Dima Yakovlev”

Sobchak also expressed his attitude to the current Russian ban on adoptions of Russian children by US citizens (the so-called Dima Yakovlev law). This normative act she considers “a big mistake” and believes it “should be abolished.”

From her point of view, the law is “inhumane” because in Russia there are a large number of children without families and to deny them adoption is not the right step. “We have tensions [US and Russia], and children must not be hostages of the situation”, – said the candidate in presidents of Russia.

The reasons for his visit to the US

Answering the question about the reason for his arrival in the United States ahead of the elections and the criticism of the move, she said that “don’t work for America,” and acting “for the good of their country.” “But America is not my enemy, and I’m here to demonstrate that there are people who are ready to talk, to discuss our problems and solve them”, – said Sobchak.

She also responded to another journalist’s question, pointeresovatsya, who is the target of her audience. “A lot of young people, but I don’t make an age distinction – there are lots of people who are still interested in change. It can be people of any age,” said Sobchak.