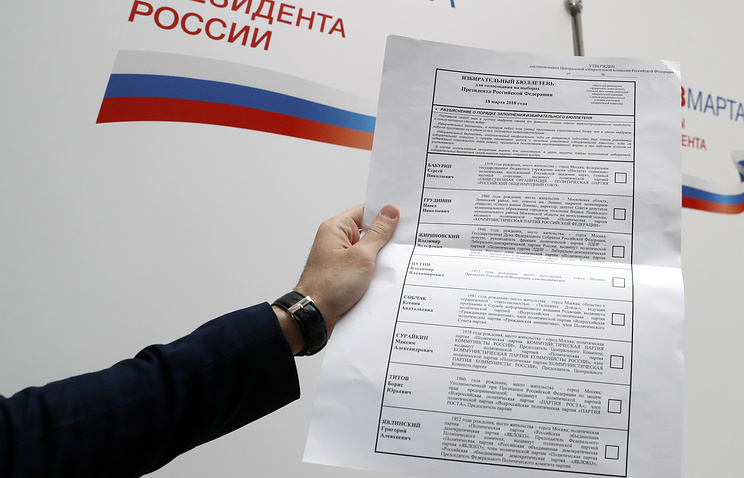 On Thursday, the Central election Commission approved the text of the ballot in the presidential elections in March 2018.

In the upper part of the document provides explanations on the procedure for filling it out.

Below are eight names of candidates in alphabetical order.

Next to each name indicate the year of birth of the candidate, place of residence, position held and the subject of the nomination (by the party or self-nomination).

Earlier registration has been completed candidates for the post of President of Russia.