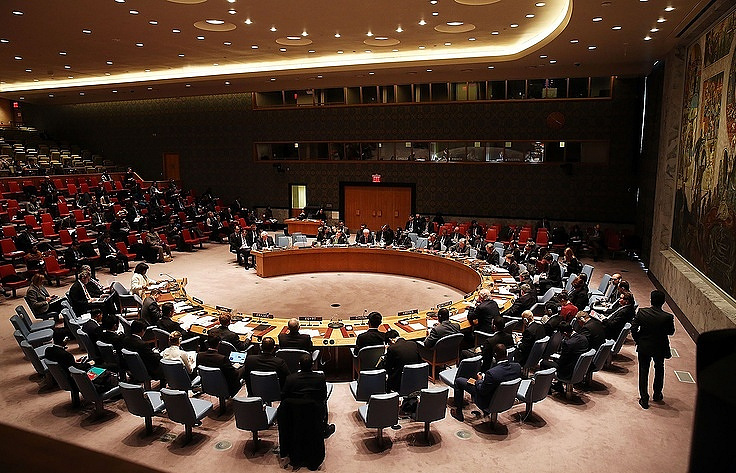 UN 7 Feb. /TASS./ The first ten years of the self-proclaimed independence of Kosovo have led to “tragic results”. About the same time, Russia’s permanent representative to the UN, Vasily Nebenzia said Wednesday at a meeting of the Security Council of the world organization.

According to him, attempts to create a Kosovo “self-sufficient political system with a claim to a democratic state of law” have been fruitless and “the region continues to present a serious, deep problems that require a speedy solution”. The Russian Ambassador recalled that a decade ago the UN security Council on the initiative of Russia held a meeting in response to the unilateral Declaration of Kosovo’s independence. “We were warned about the harmful consequences of such a step as the situation in the region and regional security. Today it is absolutely obvious that authors and performers of dubious Kosovo project you should think about the results of this adventure,” said the diplomat.

As stated by the sebenza, the calculations of the supporters of Pristina on the growing number of States recognizing the unilateral independence of Kosovo, “was untenable”. According to him, the last time the country, on the contrary, began to abandon the earlier adopted decisions on the recognition of the region, was also rejected application of Pristina’s membership in several international organizations. Nebenzia also stated that Kosovo has not been the promised economic boom, and the region remains “the most dysfunctional territory in the region.” The diplomat noted the “serious potential for conflict” in the region, where “any incident could lead to the outbreak of violence,” and also drew attention to the fact that Kosovo “remains a comfortable area for recruiting radicals” and to “fleeing terrorists returnees from Syria and Iraq.”

The permanent representative of the Russian Federation elaborated on the history of the murder of the Serb politician, Oliver Ivanovic, suspecting Pristina in an attempt to conceal the circumstances of the crime, and has not bypassed the problem of the lack of progress in the investigation of crimes “Kosovo Liberation army”. According to Nebenzu, “there is a lot more evidence of a dysfunctional situation in the region”, which was recorded by the UN, including “the fall in the return of refugees, the continued attacks on the homes and property of Kosovo Serbs, arson, injury or material damage and acts of vandalism, encroachments on the property of the Serbian Orthodox Church”. “Here are the sad results of ten years of the Kosovo “independence”, – stated Vasily sebenza.

The presence of UN in Kosovo

The topic of whether to continue the UN mission in Kosovo has become one of the main topics of the meeting of the Council. Addressing the participants of the discussion, the representative of the unrecognized Republic of Vlora Citaku encouraged to find another use for the “taxpayers ‘ money”, while foreign Minister of Serbia Ivica Dacic demanded to maintain an international presence in the province.

The meeting showed that the security Council remained divided on this issue. US Ambassador Nikki Haley said that the situation since the establishment of the UN mission “has changed dramatically” and urged the Council “not to waste time” and to raise the question about expediency of its continuation. According to her, the time has come by Kosovars and Serbs “to do what the mission can do: to ensure peace and prosperity for all peoples in the region.” Proposal for revision of the mission was supported by the UK and France, while Kazakhstan and China were in favour of its extension.

Another Central topic of discussion was the murder of Oliver Ivanovic, which was condemned in his speech, the representatives of several countries, including the United States. As stated by Haley, “the world will be watching” how the Kosovo police will investigate this crime. It called doing it “professionally, impartially, without external interference”.

In turn Citaku assured that the power structures of the pristine “look under every rock” to establish the truth. However, she expressed confidence that the killing is criminal in nature, stating that Smith was “controversial” figure. Meanwhile, Dacic expressed dissatisfaction with the fact that the Kosovo authorities refuse to grant the Serbian side any information about an ongoing investigation. According to him, statements by the representatives of Pristina that we are talking about shootouts, are “an attempt to hide an inability or unwillingness” authorities of the region to investigate this crime.