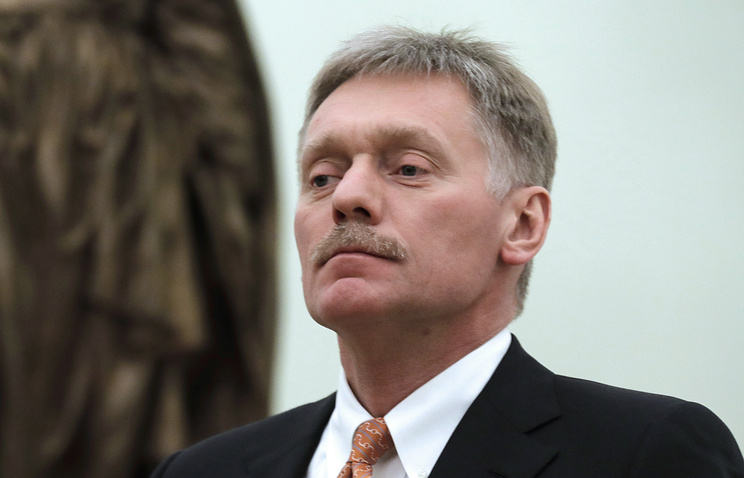 NOVOSIBIRSK, February 8. /TASS./ The anti-corruption campaign in Dagestan is not politic, it is explained by the need to comply with the law, and it is not limited to one region, said the press Secretary of the President of Russia Dmitry Peskov.

“The geography of consistent anti-corruption campaign is not limited to one region, namely Dagestan in this particular case, she is consistently and purposefully throughout the country”, – said the representative of the Kremlin. In his words, “the execution of any investigative actions in no way connected with politics.” “In this case, of course, all guided by considerations of law and inevitability of punishment for committed crimes, whether it be the economy or other sector,” he said.

“So we need to leave the investigating authorities, and ultimately the judiciary that can and is competent to make the decision on illegality of certain actions,” Peskov said.

“Anti-corruption action aimed to protect citizens from corruption and to raise their standard of living”, – he explained.

On 5 February, the acting head of Dagestan Vladimir Vasilyev dismissed the Republic’s government after the arrest of the acting Prime Minister of the region Abdusamad Hamidov and his two deputies. The prosecution is accusing them and a former Minister of education of the region of Sahabas Yadav in the theft of funds from the Republic budget for realization of social programs in the region, the amount of damage is estimated at 95 million. Previously been detained and arrested the mayor of Makhachkala, Musa Musayev and chief architect of the city Magomedrasul Gitinov, they are accused of abuse of power in the allocation of land in the capital of the Republic. On Wednesday, the National Assembly of Dagestan has approved the candidacy of the new Prime Minister, they became the ex-Minister of economy of Tatarstan Artyom Zdunov.

Changes occur on a background of work in the country since the end of January of the special Commission to check the status of the rule of law in Dagestan. It was also reported about the arrival in the Republic in mid-January of a special task force of the Prosecutor General of the Russian Federation in the part 38 of prosecutors led by Deputy Prosecutor General Ivan I. Sydoruk to check the activities of the authorities. In mass media periodically there is information about the searches in the buildings of power structures and even in UFSSP in the region, however, as sources of stress TASS in law enforcement bodies, it is not searched, and operational measures (including the seizure of documents) in the cases of the detained officials.