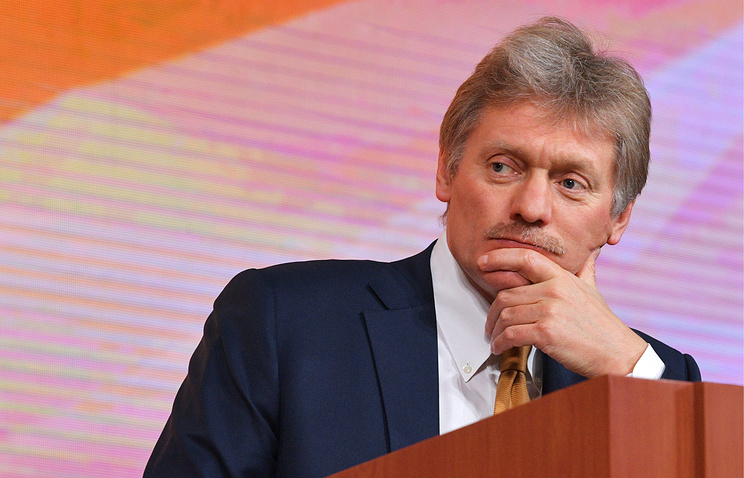 NOVOSIBIRSK, February 8. /TASS./ The Kremlin has not commented on the latest blow to the US-led coalition Pro-government forces in Syria. “I wouldn’t think to comment [what happened], because they don’t have detailed information,” – said the press Secretary of the President of Russia Dmitry Peskov.

He was advised to go with a request for comments in the defense Ministry, which has more information.

Earlier it became known that the coalition launched air strikes on Pro-government forces in Syria. This was reported by the press service of the headquarters of the operation Inherent Resolve (“resoluteness”), which is in Iraq and Syria group of countries under US leadership. It is noted that this decision was taken “in response to the unprovoked attack on the headquarters of the “Forces of democratic Syria” (SDS), supported by the Americans.

According to CNN sources, the US military currently do not know exactly who was part of these Pro-government forces. The American side, in particular, checks if any of them Russians. The article notes that “while there is no direct evidence that the Russians fired at the SDS facility, where American advisers”. CNN sources say that none of the American military was not injured.

The statement of the press service of the headquarters of the operation Inherent Resolve also States that “the soldiers of the countries-members of the coalition were, together with partners from SDS during the attack, which occurred in 8 km to the East of the agreed line of contact [with the Syrian government forces] in the Euphrates river basin”. It is noted that “the coalition attacked the attacking troops to repel an act of aggression against partners” involved in the fight against banned in Russia grouping “Islamic state”.