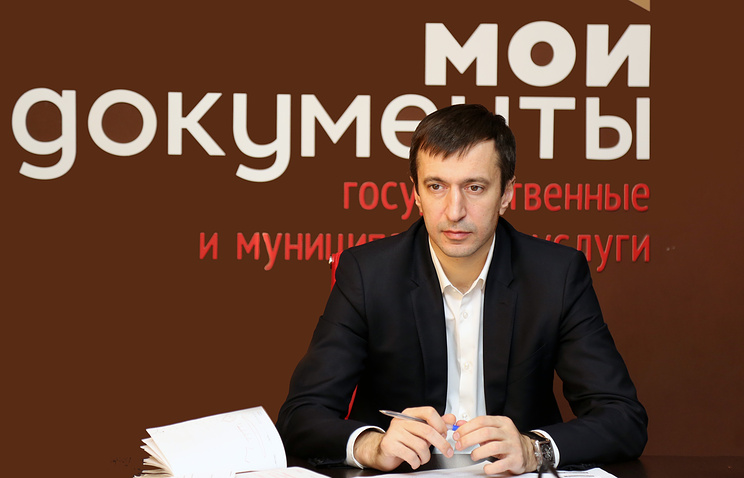 MAKHACHKALA, February 7. /TASS./ The Minister of economy and territorial development of Dagestan Republic appointed head of the national multifunctional center of public services (MFC) Osman Khasbulatov. This was reported by TASS in the administration of head and government of the region.

“The Minister of economy and territorial development of Dagestan Republic appointed the head of the Republican MFC Osman Khasbulatov. The decree was signed,” – said the Agency interlocutor.

The acting head of Dagestan Vladimir Vasilyev on 5 February dismissed the government of Dagestan after the arrest of the acting Prime Minister of the region Abdusamad Hamidov and his two deputies. They and the former Minister of education of the region Sahabas Shakhov charged with theft of funds from the Republic budget, which has allocated for the implementation of social programs in the region. The amount of damage is estimated at 95 million.

The Parliament of Dagestan on 7 February approved the appointment of the head of the government of the Republic Artem Zdunov, who previously held the post of Minister of economy of Tatarstan. After the signing of the decree about the appointment of Vasiliev said that the first appointments to the new government of Dagestan can be produced on Wednesday. Earlier in the day, Vasilyev was appointed first Deputy Prime Minister Anatoly Caribou, who held the post of acting first Deputy Prime Minister of the Republic of the previous head of government.

Osman Khasbulatov was born 1 January 1972 in the city of Makhachkala. He graduated from the engineering faculty and the economic faculty of the Dagestan Polytechnic University. He is married, has four children.

In 2009, under his leadership in the Dagestani town of Kaspiysk was opened the first multipurpose center of providing state and municipal services in the North Caucasian Federal district. Khasbulatov, 2013 the Republican led multi-functional centre.