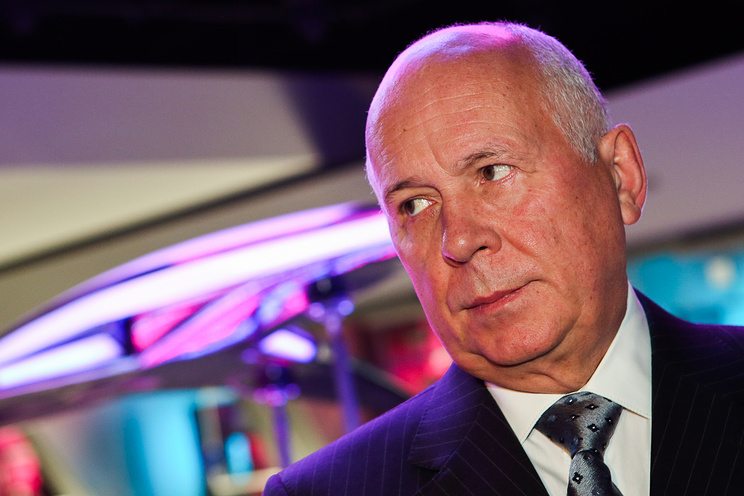 WASHINGTON, February 11. /TASS./ The President of the United States Donald trump is not making any attempt to rebuild Russian-American relations. This opinion was expressed by the head of Rostec Sergey Chemezov published on Saturday an interview with the Washington Post.

The journalist of the edition noted that the American leader spoke about the desire to improve relations with Moscow. “Yes, that’s what he says. But he does nothing. And, in fact, the opposite is true: look, there is a new (“Kremlin” – approx. TASS) lists”, – said Chemezov, who, as noted by The Washington Post, is under us sanctions.

“It will improve relations? I doubt it,” he said, comparing the published U.S. Treasury document with a bogey. The head of Rostec suggested that us authorities believe that in this way at any moment to put the defendants in the list of “the hook.” Chemezov’m sure the list will have the opposite effect, since all of these people support Putin, and the March elections will show a high level of support.

Chemezov added that he expected a more friendly U.S. policy toward Russia after the arrival of the trump in the White house. The Russian official noted that the U.S. leader is under scrutiny. “He was probably too easy. Let’s see, maybe he’ll have the strength to create some opportunities that will allow him to change something against Russia,” hopes the head of Rostec.

He said that Russia “expect that normal relations are restored, as if [the 43rd U.S. President] George W. Bush”. “It was a period of revival in our relationship. It created a lot of joint ventures, and had a lot of contacts,” – said Chemezov. He said the Corporation hoped to lift sanctions and relations with the American aircraft manufacturer Boeing Corporation, to establish a joint venture for the maintenance and sale of aircraft not only in Russia but also in Asia and Africa.

The U.S. Treasury has published last week an open version of the so-called the Kremlin report, which included all the members of the Russian government, heads of the presidential administration, the heads of several state corporations and state banks and businessmen. The US administration intends to use this report, with 210 surnames and available intelligence, to promote additional sanctions.

The situation around the sanctions

The US imposed against Russia sanctions are “a simple example of unfair competition,” said Sergey Chemezov.

“I have to say that we are Industrialists, not politicians. From a business point of view, this is a simple example of unfair competition,” he said, responding to a request for comment on entered Washington anti-Russian sanctions.

Chemezov emphasized that Russia manufactures its products so that it “was better from the point of view of technical characteristics and more affordable than European or American counterparts”. “That’s why the Americans are doing everything possible to push us and not allow us to work in markets where they always felt comfortable,” he said.

In late January, the state Department said that U.S. sanctions against defense and intelligence sectors of Russia are designed to interrupt the flow of funds to Moscow from sales transactions with other countries.