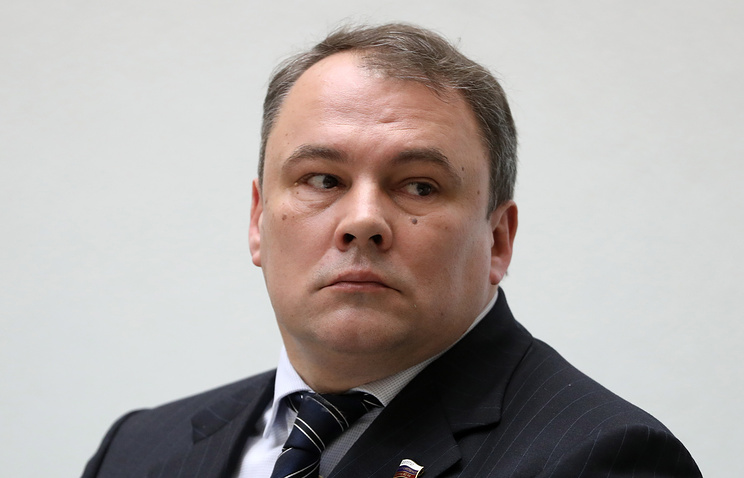 MOSCOW, February 12. /TASS./ U.S. congressmen at a meeting adopted the arguments of the Russian side on the need for the adoption of the law “On measures of influence on persons involved in violation of the rights of citizens of the Russian Federation,” known as the “law of Dima Yakovlev”. On Monday the Vice-speaker of the state Duma Pyotr Tolstoy at a meeting with students of the RSUH, answering one of the questions.

The politician called the “law of Dima Yakovlev” “absolutely correct, humane and timely” and expressed confidence that the cancellation of the no reason. According to the MP, in Russia since 90-x years “actually worked market adoption, when the child could buy for the money and out of the country in an unknown direction.” “I just think it’s wrong, abnormal and contrary to common sense and the interests of the Russian Federation”, – said the MP.

He stressed that the law was adopted not “in spite of the Americans, because the United States only, and unilaterally decided that we could not provide data on the fate of adopted children and their conditions of detention in Russian families in the guardianship, unlike other countries.”

“Somehow, the us Congress asked us about the possibility of the abolition of the “law of Dima Yakovlev”. But when we explained to them why it was accepted that the blame for this solely the American side, they have accepted our arguments” – said Tolstoy.

He added that in Russia in recent years “a multiple increase in the number of adoptions inside the country” and almost managed to eliminate an entire industry for adoption. “But, anyway, any child who is raised in an orphanage and not in the family, is a tragedy for all human notions,” said the politician.

From 1 January 2013 came into force a law banning the adoption of Russian children by U.S. citizens. These measures are included in the Russian response to American “Magnitsky Act”, which received the informal name “the law of Dima Yakovlev” – in memory of a Russian boy who died in foster care in the United States.The law prohibits the transfer of children being citizens of the Russian Federation, on adoption to citizens of the United States. Prohibited activities on the territory of Russian authorities and organizations for the purpose of selecting and transferring Russian children to be adopted by Americans.