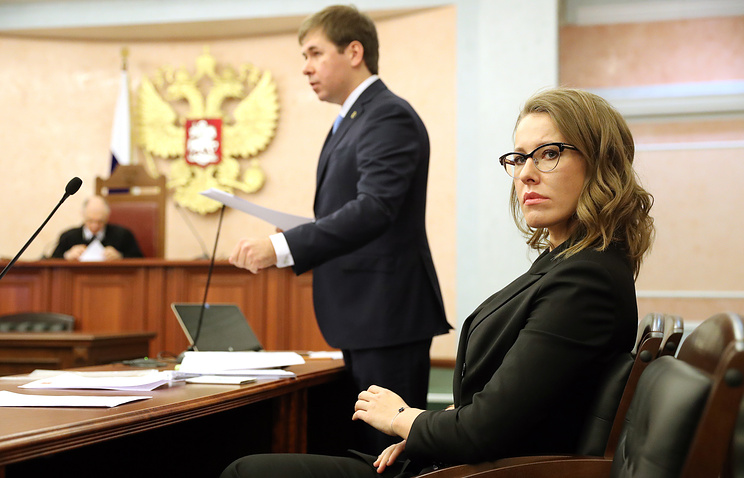 MOSCOW, February 16. /TASS/. The representative of the Central election Commission (CEC) on Friday asked the Supreme court to reject the claim of Xenia Sobchak with the requirement of cancellation of registration of Vladimir Putin as candidate for President, the correspondent of TASS.

“The CEC does not recognize the requirements of the statement of claim of Ksenia Sobchak. The legal position of the CEC previously expressed and remains unchanged. It boils down to the idea that the check Putin as a presidential candidate is a legitimate,” – said in court the CEC representative Dmitry Voronin.

Sobchak challenges the participation of Putin in the elections, as he held the post of President of Russia in a total of three times. In the statement she refers to part 3, article 81 of the Constitution, which limits to two terms the opportunity to take the presidency to a single person. While the CEC had previously come to the conclusion that it is in the Constitution a restriction on more than two consecutive presidential terms.

“My statement is not directed against Putin personally and not relevant to the assessment of its activities,” said the plaintiff, speaking at a meeting of the court. According to Sobchak, the turnover of power in the interests of the country. “The government should be subject to recall, even when people says he wants irremovable power,” she said.

As noted by the representative of the CEC, the appeal Sobchak to the court can be regarded as an abuse of rights. “It is well known that there has been no legal act, which could confirm the position of the plaintiffs, so there is no reason to regard the position of the plaintiffs differently, as their personal statements,” – said Voronin. According to him, the claim Sobchak is an attempt to legitimize personal assessment of a public figure with the help of law. “The CEC in its decisions, not speculation,” – said the lawyer.

Deputy Chairman of the CEC of the Russian Federation Nikolay Bulaev earlier told TASS that the subject of Vladimir Putin’s candidacy for President has been discussed and “the position of the CEC on this issue has long been determined”. However, he noted that the right to appeal to the court Sobchak is. She is nominated for presidential elections from the party “Civil initiative”, Putin is running as the independent candidate. Elections will be held March 18.