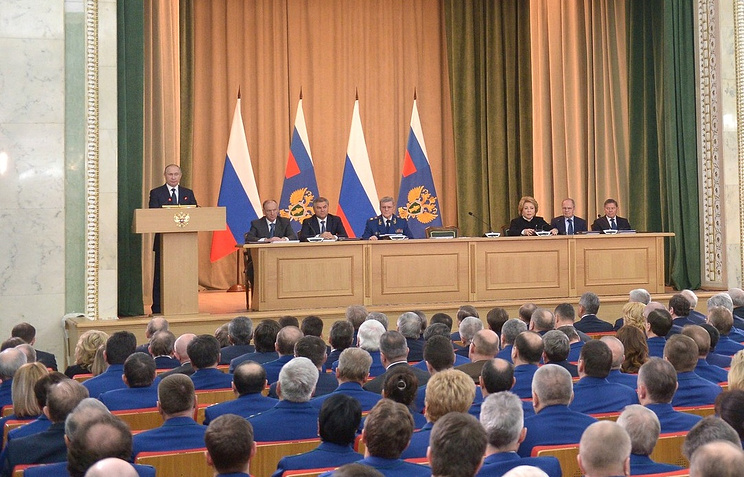 MOSCOW, February 15. /TASS./ The constitutional rights of citizens in the presidential election on March 18 should be provided in full. This was stated by Russian President Vladimir Putin at the enlarged meeting of the Collegium of the Prosecutor General.

“I ask you in the course of the preparations for the upcoming elections of the President of the Russian Federation to fully ensure the constitutional rights of citizens in a free, democratic expression of will. Fair elections and strict observance of the law during their conduct is the basis of legitimacy of state power, the guarantee of confidence of citizens”, – said Putin.

The President, summing up the results of work of the Prosecutor’s office over the past year, thanked her employees for good faith performance of duties and adherence to principles in upholding of interests of the state, society and citizens. “I hope that the same professionalism and perseverance you will work in the future,” the President said to prosecutors.

For the presidency in elections on March 18, fighting eight candidates.