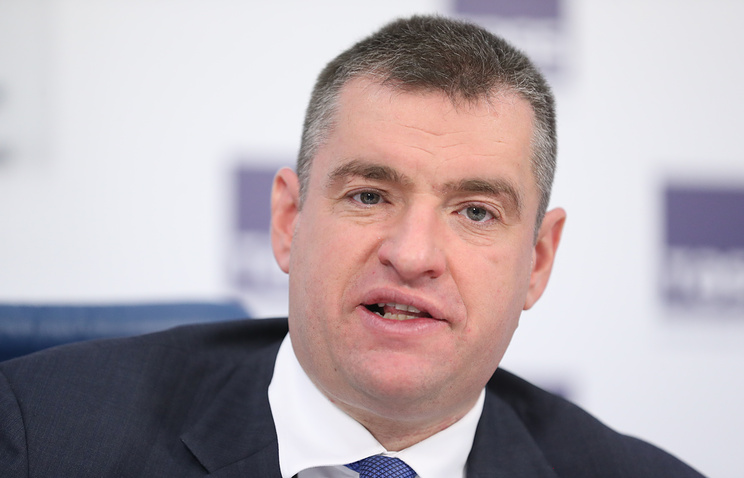 MOSCOW, February 15. /TASS./ The Chairman of the Duma Committee on international Affairs Leonid Slutsky believes that Russia is not obliged to report to NATO on the deployment of missile complexes “Iskander” in the Kaliningrad region.

“NATO’s leadership says about the Council Russia-NATO only when beneficial to them. We are for the continuation of the dialogue, but the placement of certain weapons on their territory for defense and state security is a sovereign right of Russia”, – he declared to journalists on Thursday, commenting on the calls by NATO Secretary General Stoltenberg to Russia about transparency in the matter of the possible deployment of “Iskander” in the Kaliningrad region.

According to Slutsky, Russia should not and is not obligated to answer to anyone”. “Especially against the backdrop of the deployment of military force and US missile defense in Europe close to Russian borders”, – concluded the head of the Committee.

Earlier, NATO Secretary General Jens Stoltenberg urged Russia to transparency in the matter of the possible deployment of tactical missile complexes “Iskander” in the Kaliningrad region and generally in the conduct of military activities in the region. He also reiterated support for the continuation of the dialogue with Moscow in the framework of the Council Russia-NATO for ensuring predictability and transparency of military activities in Europe.

Earlier information transfer complexes “Iskander” in the Kaliningrad region was confirmed by the head of the Duma Committee on defense Vladimir Shamanov. In this regard, the head of the press service of the Kremlin, Dmitry Peskov, said that the deployment of Russian weapons on the territory of the Russian Federation may not be a cause for concern in other countries, as Russia does not threaten anyone.

Complex “Iskander-M” is designed to destroy at a distance of 500 km missile systems and reactive systems of volley fire, long-range artillery, command posts and communications centers, as well as aircraft and helicopters at airfields.