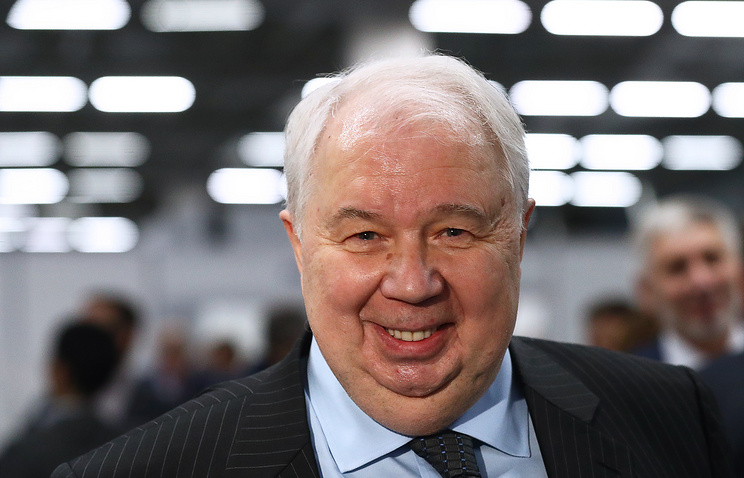 MUNICH, February 17. /TASS/. U.S. law enforcement is not a reliable source of information concerning the investigation of the “interference” of Russia in the elections. This view was expressed on Saturday by the first Deputy Chairman of the Federation Council Committee on international Affairs, former Russian Ambassador to the U.S. Sergey Kislyak, at the Munich security conference.

“I’m not sure that I can trust American law enforcement agencies as a reliable source of information about what makes Russia”, – he said.

Us authorities on Friday formally charged 13 persons and three entities in Russia for alleged involvement in the intervention in the American presidential election of 2016. According to the documents of the Ministry of justice, employees of the “Agency of Internet research” in 2014 “has started interventions in the political system of the United States, including presidential elections in 2016”. It is noted that these actions did not affect the outcome of the elections.

According to Sergey Kislyak, the United States announced the hunt for Russian computer scientists around the world, while the US themselves are the main source of hacker attacks. “In my lifetime I have seen in recent years of accusations and speculation against Russia, our American colleagues have hunted around the world for Russian programmers”, – he told, answering a question from the moderator about attributed to Moscow’s intervention in U.S. elections.

“The Russian government never interfered in the internal political life of the United States. I never did, Embassy of Russia, too, is [not doing], he said. – What would the charges were not made against us, I can say that this is pure fantasy, which is American political motivated. I mean attitude of various political forces in the United States.”

“To accuse us of meddling in the political life in the US is nonsense, – he continued. – We do not need to involve in your inner struggle, we do not have any relation to it”.

Kislyak said that Moscow is interested in normal relations with Washington. “But we won’t go with hat in hand to Washington and ask for cooperation”, – said Russian politician. According to him, studies confirm that “the main source of cyber attacks in the world is not Russia, and the United States.”