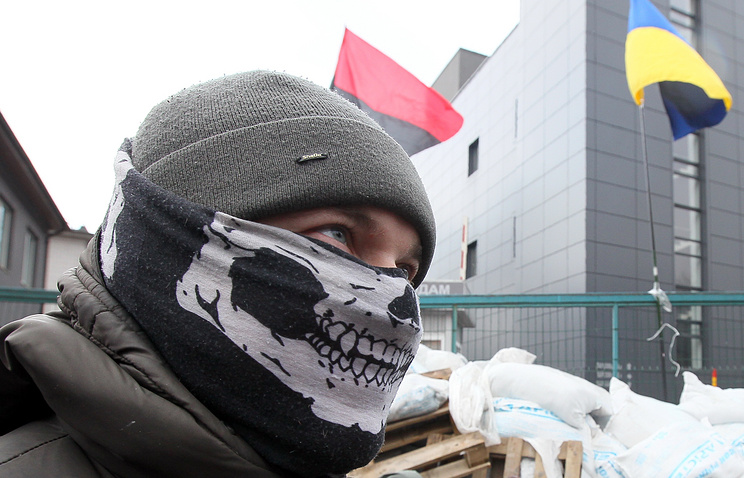 KYIV, February 17. /TASS/. About 30 representatives of the nationalist organization C14 (Sich) attacked the building of the representative office of Rossotrudnichestvo in Kiev. About it the correspondent of TASS said on Saturday the press Secretary of the mission of the Svetlana Belonenko.

“There were about 30 people, the radicals were able to penetrate into the building,” she said.

The nationalists themselves have published information on their “shares” in Facebook. According to the video, they painted the walls black and red paint offensive slogans and inscriptions. They also tore down and desecrated the Russian flag.

“The radicals broke into the building and caused material damage, threatened with physical violence. At this time there were about 50 children, they are very scared,” he said. According to Vorobyov, the excesses lasted about 30 minutes, there were accusations against Russia, calls to extremism. Headed the action member of the Radical party Andrei Lozovoi.

“The police worked quickly, arrived also representatives of OSCE mission. The radicals have already left the building,” he said.