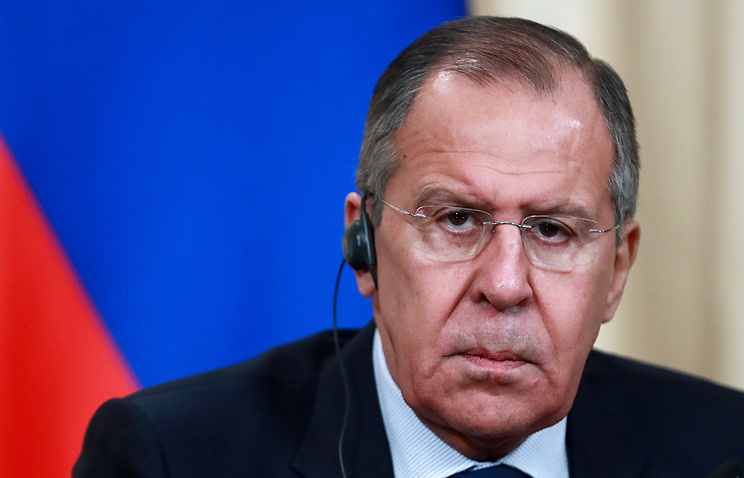 MOSCOW, February 19. /TASS/. Russia is concerned that only the Syrian army and videoconferencing (aerospace forces), the Russian Federation try to suppress the militants of the terrorist organization “dzhebhat an-Nusra” (banned in Russia). This was stated by Russian foreign Minister Sergei Lavrov.

“And in Idlib, in the Eastern ghouta running the show militants “dzhebhat an-Nusra” organization, which declared the UN security Council as a terrorist, the Minister said. – We are very concerned that in fact only the Syrian army and the Russian VKS who support it are trying to suppress this terrorist unit “al-Qaeda” (banned in Russia) and those who cooperated with him”.

Russia is asking Western countries who have influence on militants “dzhebhat an-Nusra” to discipline this structure, the Minister said. Otherwise, the group will be destroyed.

“The experience that was applied in Aleppo to reach agreements with the militants an organized withdrawal, applicable to Eastern ghouta. With great effort failed several times to arrange a medical evacuation, especially children and others in need of urgent medical care. But subsequent efforts to more ambitious actions on the withdrawal of civilians were met with rejection “dzhebhat an-Nusra, which wants these people to hold as human shields,” stated the foreign Minister.

“So we ask our Western colleagues, who have levers of influence on “dzhebhat an-Nusra”, to make it so that when we think about humanitarian issues, first of all, it is necessary to discipline this structure, otherwise it must be destroyed,” – said Lavrov. The head of the guardian noted that should be taken “all necessary precautions to ensure civilians were not injured to minimize these risks.”

He also drew attention that “dzhebhat an-Nusra” there “is not just, and regularly attacks civilian targets, including residential neighborhoods in Damascus.” “Several times it was attacked by Russian Embassy, and most recently by the building of the Russian trade mission with inflicting significant harm”, – Lavrov reminded.

Also, according to him, the UN “actively warming up the theme of the humanitarian problems in Eastern Guta, and in Idlib”. “Contained in a variety of initiatives, including the UN security Council, calls for the Syrian army to cease offensive actions there, have the initiative to declare the month pause to calm the situation, deliver humanitarian assistance,” he said.