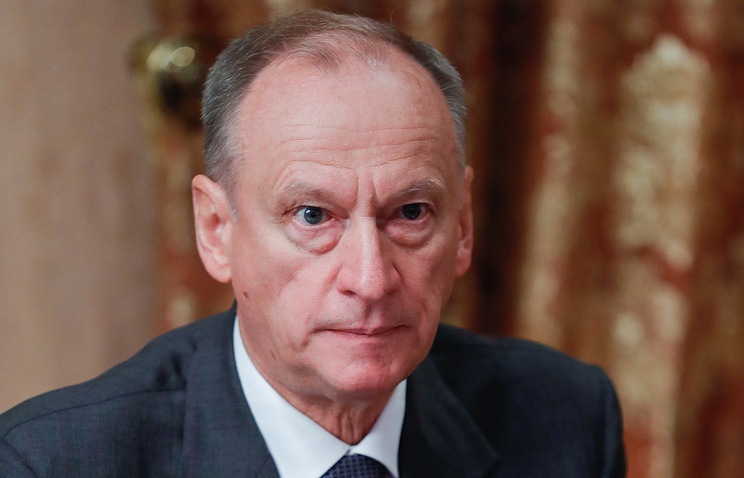 ROSTOV-ON-DON, February 20. /TASS/. The Secretary of the Russian security Council Nikolai Patrushev held in Rostov-on-don, a retreat dedicated to the information security of state systems and networks.

He warned about possible cyber attacks on the state automated system (GUS) “Election” before the upcoming elections of the President of Russia, as well as to streamline activities of foreign intelligence services who want to develop complex scenarios of cyber-attacks against Russia.

Speaking on the topic of Patriotic education, Patrushev suggested that the educational organization has not yet become a necessary basis of the system of Patriotic and spiritual-moral education of children and youth.

“On the eve of the presidential elections should be expected to increase the use of political, economic and informational actions,” said Secretary of the Russian security Council. According to forecasts, in relation to Russia may be carried out cyber operations, the introduction of equipment in critical infrastructure hardware and software bugs, including those related to the running of the state automated system “Elections”.

In this regard, Patrushev has demanded “to provide strict observance of requirements for connection of information resources and critical infrastructures to computer networks, primarily the Internet”.

A foreign intelligence service, warned Patrushev, intensified and develop complex scenarios of cyber-attacks against Russia. “There is a significant extension of the range of applications in computer intelligence special services of foreign States”, – he said.

“Developed and implemented complex scenarios of application software and hardware, focused on obtaining information circulating in information and telecommunication networks and information systems of objects of critical informational infrastructure of the Russian Federation”, – said the Secretary of the security Council.

Patrushev said that in the three mass attacks virus-ransomware in 2017 in Russia has been disabled more than half a million computers. “The contamination affected the information system of the Ministry of internal Affairs of Russia, Rosneft, Evraz, he said.

However, the Secretary of the security Council stated that Russia’s position in General in the sphere of formation of the system of international information security was strengthened. At the same time he criticized the situation in the southern Federal district, the information resource which have “a high degree of razvedochnoe”.

In addition, in the opinion of the Secretary of the security Council, poses a serious threat the use of regional and local officials of the foreign services of Google and Yahoo for official purposes. “This is a systemic issue for the whole of Russia, but in the southern Federal district (SFD), it is particularly acute”, he said.

Not quality, but quantity

According to Patrushev, the educational organization has not yet become a necessary basis of the system of Patriotic and spiritual-moral education of children and youth. “Many military-Patriotic associations and clubs does not have a single strategy, characterized by a disability, a minor scale to reach young people, and poor prospects for development,” he said.

“Shortcomings in interagency cooperation in the field of information counteraction of extremist and terrorist ideology in the sphere of ensuring information security of minors,” said Secretary of the security Council. He also recalled that work on the development of Patriotic education requires attention. According to him, this work in the southern Federal district “as a whole allows to develop children and young people national unity and a sense of love of country, contributes to the preservation of traditional Russian spiritual and moral values”.