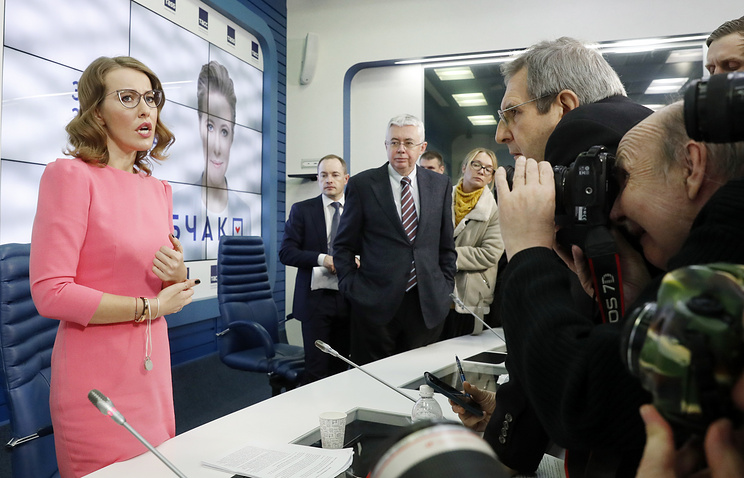 MOSCOW, February 20. /TASS/. The candidate in presidents of the Russian Federation from “Civil initiatives” Ksenia Sobchak presented the main sponsors of his campaign, which “has agreed to be named and to be open.”

“We won’t say who how much money is donated because it is a process that is still going on, donations are still going on, and a full report will be official then,” she said during a press conference in TASS.

Among the sponsors of his campaign, Sobchak called the publisher of the American magazine Inc. in Russia, Vladimir Palihata, Director of logistics transport company “Onego Shiping” Alexander Roslyakov and sponsor of “the New newspaper”, the founder of the company Yota Devices Sergey Adoniev. In addition, among the above-mentioned names: co-owner of a chain of fitness clubs of SportLife Vadim Raskovalov and his wife Jan Raskovalova, former Deputy Director of the Federal tax police service Anatoly Tsybulevsky and publisher of the Russian version of magazine Forbes Alexander Fedotov.

Sobchak added that all information about donations to her campaign will be published by the CEC “in accordance with the law.”

The presidential candidate also stated that the collection of signatures of voters in support of her nomination formed the backbone of her new political movement. “We’ve formed the backbone of our real supporters, the real activists in the regions who want a political future, they want change. We will continue to work with these people (to collect signatures in support of Sobchak – approx. TASS), creating a broad political movement whose form it is too early to discuss,” – said Sobchak during a press conference in TASS. She assured that he will do everything possible to such a movement was created.

Sobchak said that he wants to connect his life with politics. “Yes, of course I dream to connect their future political activities, she said, answering journalists’ questions about his plans. – And [the TV program] “House-2″ I’m not going back, sir.”

The presidential candidate recalled that in its support were collected 150 thousand signatures, of which the CEC was commissioned 105 thousand “pure and faultless”.