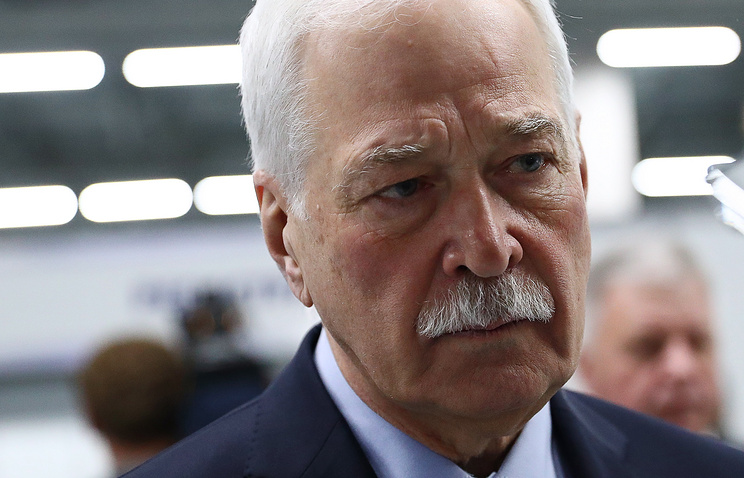 MOSCOW, February 21. /TASS/. The signing by the President of Ukraine Petro Poroshenko law on the reintegration of Donbass in fact confirms that the Ukrainian authorities refuse military solution to the conflict in the region. About it on Wednesday was declared by the Plenipotentiary of Russia in the Contact group Boris Gryzlov.

“Signed by the President of Ukraine the law on reintegration, in fact, confirms that Ukraine is not abandoning attempts to implement a military scenario of resolving the conflict in the Donbass”, – he said.

According to Gryzlov, the alternative to the Minsk agreements do not exist, and in this situation it is important to use common sense and to continue working in the Minsk format. “We need to take real steps towards a political settlement, providing for the introduction of the law of Ukraine on the special status of Donbass, according to the formula Steinmeier, the Amnesty for participants of the conflict, the withdrawal of the transport and economic blockade of Donbass from the Ukrainian authorities”, – he stressed.

On Tuesday, February 20, the President of Ukraine has signed the Verkhovna Rada adopted the law “On peculiarities of state policy on ensuring state sovereignty of Ukraine on the temporarily occupied territories in the Donetsk and Lugansk regions” (the reintegration of Donbass). The law shall enter into force on the date of its publication.