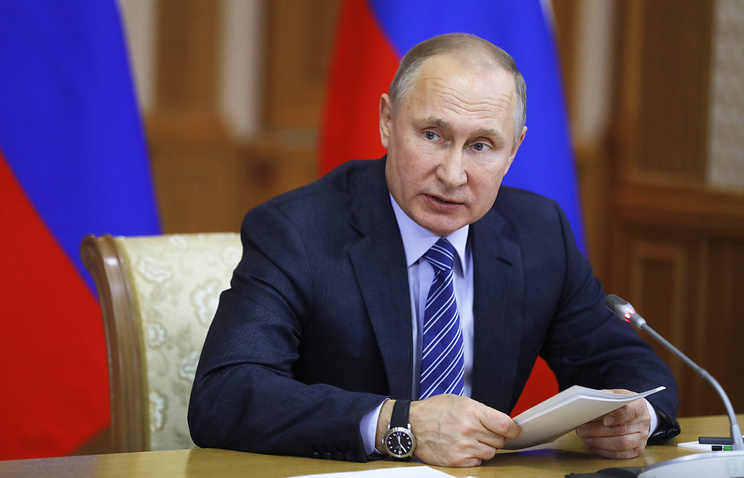 MOSCOW, February 21. /TASS/. Russian President Vladimir Putin will announce the Message to the Federal Assembly on March 1, was confirmed by press Secretary of the head of state, Dmitry Peskov.

“Yesterday it became known, and I can confirm that the message really will be announced by the President on March 1,” he said. Press Secretary of the head of state said that “tomorrow (22 February – approx. TASS) will be announced the accreditation of the Kremlin’s press service”.

Peskov also said that the President continues to work on the text of the message. “Naturally, the preparation of the message associated with internal meetings, internal meetings,” he said. According to the representative of the Kremlin, on Wednesday a public meeting in the schedule of the Russian leader will be a conversation with the main shareholder of JSC “Severstal” Alexey Mordashov.

In his address to the Federal Assembly, the President outlines a vision of the directions of development of the country in the coming year, as well as for the future, assesses the situation and determines the main directions of domestic and foreign policy.

In 2017, Putin has not delivered a traditional message. First Deputy head of presidential administration of Russia Sergei Kiriyenko, at the end of December reminded that it is the right of the President, and he can implement his “when deemed necessary”.