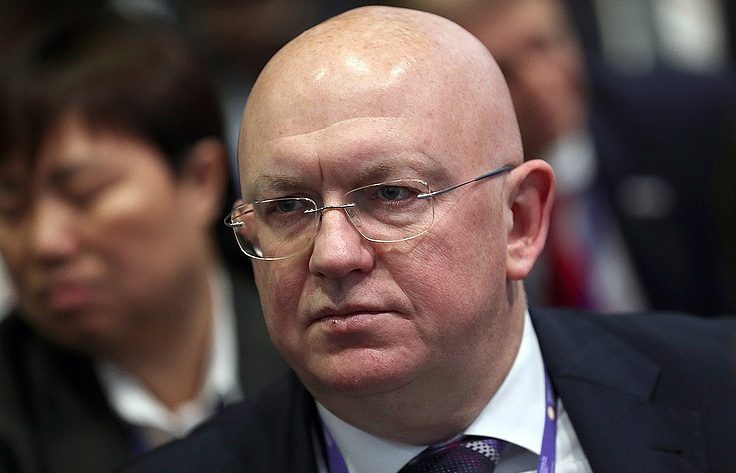 UN 24 Feb. /TASS/. Russia will not allow arbitrary interpretation adopted by UN Security Council resolution on the establishment of the ceasefire in Syria, and requires the United States to stop threatening Damascus. This was stated on Saturday, Russia’s permanent representative at the world organization Vassily Nebenzia at the end of voting in the security Council.

He expressed “deep concern over public statements by some officials of the United States, acting with the threats of aggression against a sovereign Syria.” “Just be warned: we will not allow arbitrary interpretation of the resolution just adopted. We demand to stop the unwinding of this irresponsible rhetoric and instead engage in a common effort to resolve the conflict in Syria on the basis of resolution 2254 of the UN Security Council,” – said the diplomat.

The UN security Council on Saturday unanimously adopted a resolution 2401 demanding the cessation of hostilities throughout Syria, at least 30 days to provide humanitarian assistance to the population. As stated by Vassily Nebenzia, Russia “supported this document because it urges Syrian parties to the conflict to a speedy cessation of hostilities, implementation of previously agreed arrangements on this matter and negotiating the work on a General de-escalation and the establishment of long-term humanitarian pauses in all areas of the country.” The diplomat drew attention to the fact that the truce does not apply to operations against terrorist organizations in Syria, which, he said, “will continue”.

Negotiations on the draft resolution prepared by the Kuwait and Sweden lasted more than ten days before the vote in the security Council, Western countries tried to put pressure on Russia in order to avoid blocking of the resolution. On Friday, the President of France Emmanuel macron and German Chancellor Angela Merkel sent a letter to Russian President Vladimir Putin with the request to support the decision of the Security Council. Immediately after the vote US Ambassador to the UN, Nikki Haley accused Russia of delaying the adoption of the resolution.

As stated by the permanent representative of the Russian Federation, approval of the resolution took a long time, since Russia did not support the originally laid down in it “the legislative scheme for the immediate establishment of a cease of hostilities for quite a long time, simply because it is in this form impossible.” “A Directive without the specific agreement of the warring Syrian parties to cease-fire does not occur. Such a disconnected approach will not help address urgent humanitarian issues in Syria,” – said Nebenzia. According to him, it is necessary that “the Security Council demands that concrete arrangements on the ground”.

He thanked the sponsors for the “tireless efforts” and “willingness to compromise” and noted that “the overwhelming majority of delegations” during negotiations on the text “demonstrated a sincere commitment to working together to find a solution”.

“Must not become a pretext for war”

After the vote, the Nebenzia told reporters that Russia in the negotiations on the resolution failed to ensure that the document did not become a pretext to start military action against Syria.

“We’ve been negotiating this resolution, because I wanted to make sure it will not be used as pretext for any military action. We have heard some disturbing remarks on this subject in recent days, including today, some of them were very warlike. Therefore, we clearly said that will not allow anyone to interpret this resolution as a pretext for military action,” – said the diplomat.