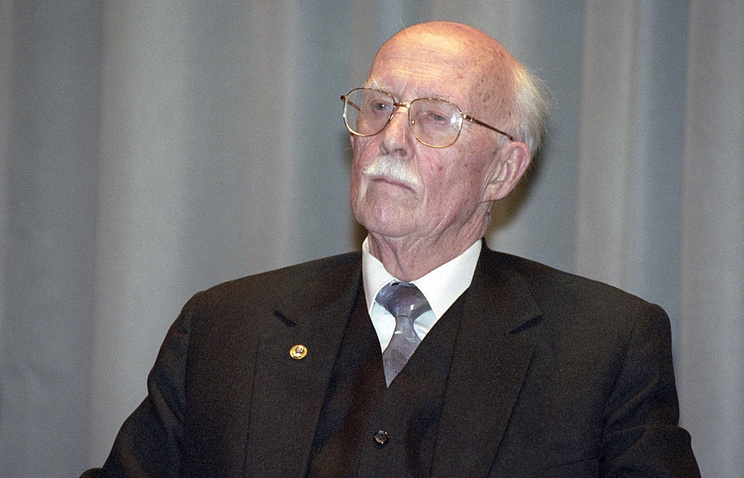 “The Russian historical science has suffered a heavy loss. After heavy and long illness has died known Russian scientist-sinologist, historian, a career diplomat, member of the Russian Academy of Sciences, specialist in the field of modern and contemporary history of Far East countries, and the history of international relations, laureate of the State prize of the USSR (1982) and Russia (1999) Sergei Leonidovich Tikhvinsky,” – said in the message.

Tikhvin was born in Petrograd in 1918 in the family of doctor Leonid Tikhvin. He studied in the Chinese Department of the philological faculty of Leningrad state University. In 1938 the Komsomol recruitment was sent to the people’s Commissariat of foreign Affairs.

“All my life Sergey Kudrin stressed that he studied in the Leningrad University and that he is a representative of Leningrad and the St. Petersburg school of Chinese studies. He actually was the person who linked our current modern Sinology classic, pre-revolutionary school in the study of China,” – said TASS Director of the Center for the study of China, St. Petersburg state University, Professor Nikolay Samoilov.

Tikhvin worked in the diplomatic service in China, Japan, the UK, the UN General Assembly. Through it as through the Consul General of the USSR, 2 October 1949, the USSR recognized the people’s Republic of China the day following its proclamation and established diplomatic relations with it.

“It was handed to him the telegram of the Minister of foreign Affairs of China to recognize the formation of people’s Republic of China, he passed it to Moscow, and therefore, the recognition of the USSR China was held so quickly, literally the next day. It’s China remember, Sergey Leonidovich invited to the most important event, he stood in the anniversary celebrations on the podium of Tiananmen square several times and in 2001 at a Symposium in Beijing that is Sergey Leonidovich spoke on behalf of sinologists around the world,” said Samoilov.

Also the Tikhvin was a member of the Executive Board of UNESCO from the USSR, member of the editorial Board of the journal “Problems of the Far East”, the chief editor of the magazine “modern and contemporary history”, Chairman of the National Committee of historians of the USSR and a member of the Bureau of the International Committee of historical Sciences, academician of the Academy of Sciences of the USSR. “He always combined his dedication to science and his diplomatic activity. Rare case when the man was both a brilliant diplomat and a great scientist simultaneously,” said Samoilov.

In the post Tikhvin held the posts of honorary Chairman of the National Committee of Russian historians and the society of Russian-Chinese friendship, was also the chief researcher of the Center for the study and forecasting of Russian-Chinese relations of the Institute of Far Eastern studies.

“He until the last days continued to actively engage in scientific activities, led a team of sinologists, who has just completed a ten-volume edition of the history of China. Perhaps nothing like that in our country there is no country in the world. The authors told me that the Tikhvin not just led, but at the age of almost one hundred years read every volume and its rules,” said Samoilov.