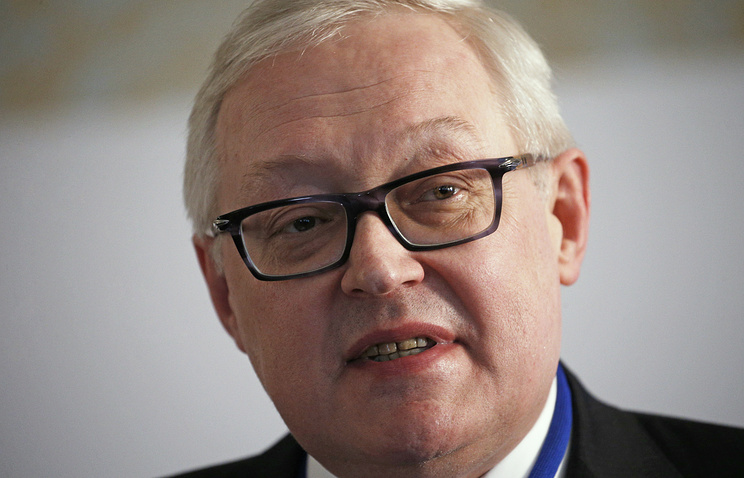 MOSCOW, February 26. /TASS/. Moscow is extremely alarmed by threats of the use of force against Damascus by a number of countries, including the United States, it is contrary to UN security Council resolution 2401. This was stated on Monday by Deputy Minister of foreign Affairs of Russia Sergey Ryabkov, answering the question TASS.

“We are extremely disturbing are the reports that amid a General strengthening rhetoric against Damascus and anti-Russian rhetoric in Washington once again heard the threat of force, wrongful, illegal, Ryabkov said. – To look for excuses, this is completely contrary to the meaning and content of UN security Council resolution 2401”.

The United States should without any exceptions and exemptions to follow UN security Council resolution 2401, the different behavior will constitute a violation of the adopted document, said Ryabkov.

“For us in the context of UN security Council resolution 2401, it is important first that the document contains a call for the Syrian parties to actively engage in finding appropriate solutions”, he said.

“Homework” [Western partners], as I would have formulated it, is to ensure that all those who recently showed “increased concern” about the humanitarian situation in Syria, it is necessary in full, without exemptions and exceptions for themselves to follow the decisions that are produced UN security Council, he said. – Behaviour to the contrary would mean a violation of the United States and its like-minded of the requirements of UN security Council resolution 2401″.

The UN security Council on 24 February unanimously adopted a resolution 2401 demanding the cessation of hostilities throughout Syria, at least 30 days to provide humanitarian assistance to the population. As stated by the permanent representative of the Russian Federation at the world organization Vassily Nebenzia, Russia “supported this document because it urges Syrian parties to the conflict to a speedy cessation of hostilities, implementation of previously agreed arrangements on this matter and negotiating the work on a General de-escalation and the establishment of long-term humanitarian pauses in all areas of the country.” The diplomat drew attention to the fact that the truce does not apply to the operation against terrorist organizations in Syria, which, he said, “will continue”.