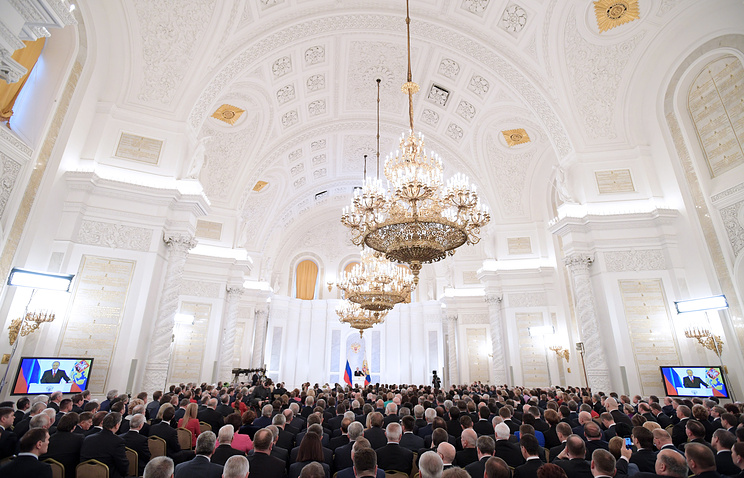 MOSCOW, February 27. /TASS/. The Kremlin sees no reason to move the date of the President’s address to the Federal Assembly, which Russian President Vladimir Putin will address on March 1. “No,” – said the press-Secretary of Russian leader Dmitry Peskov, answering the question, you see the Kremlin grounds for postponing the event. Such a call, as reported by several media outlets, made earlier by the party “Yabloko”.

“It is the constitutional duty of the President, and any message annually, the head of state speaks about the main results of our work over the past period, and also outlines the main prospects for the future”, – said the representative of the Kremlin.

In an interview to “Echo of Moscow” the leader of “Yabloko” Emilia Slabunov previously stated that the performance of the incumbent with the message puts candidates at a disadvantage. “I appealed to President Putin with a proposal to move the presidential address to the Federal Assembly in the period after the voting day, after the inauguration of the new President, she said. – Since the Constitution that requires that these messages were annual, not observed, as in 2017, this did not happen”.