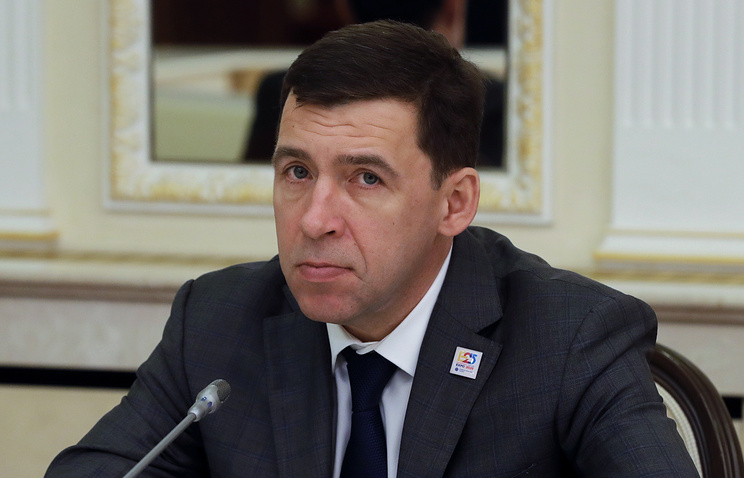 “Members of the Legislative Assembly of the Sverdlovsk region during the 27 meeting of the Committee on regional policy and development of local self-government considered the draft law “On amendments to article 5 of the law of Sverdlovsk oblast “On the election of local self-government bodies of municipal formations located on the territory of Sverdlovsk region”. Unanimously decided to recommend the Parliament adopt the bill [to abolish the direct election of the mayor of Nizhny Tagil] three readings. The legislative initiative of the Governor of Sverdlovsk region provides for a change of procedure of election of the head of Nizhni Tagil: the representative body chooses the head of the municipality with the authority of the head of administration from among candidates presented by the competition Commission on results of competition”, – said the press service.

The press service added that members of the Legislative Assembly of the Sverdlovsk region June 5, will consider introduced the Governor’s bill.

“The consideration of the bill on 5 June 22 meeting of the Legislative Assembly of the Sverdlovsk region”, – said the press service, noting that the meeting will be attended by the Governor Yevgeny Kuyvashev. He will deliver a report on the results of activities of the government of Sverdlovsk region in 2017 and will answer questions posed by the Legislature.

“As a subject of legislative initiative, the Governor introduced a bill about changing the system of elections of the mayor of the municipality of the city of Nizhny Tagil. It will be considered by deputies in three readings. The relevant Committee for regional policy and local self-government development at a meeting held today, recommended that the Legislative Assembly support the initiative of the Governor”, – told to journalists the speaker of the Parliament of the region Lyudmila Babushkina.

On may 28 President Vladimir Putin signed a decree on early termination of powers of the Governor of the Magadan region 69-year-old Vladimir Pecheny, who led the region since 2013. Acting head of the region appointed the ex-mayor of Nizhny Tagil Sergey Nosov.

The Chairman of the Committee on regional policy and development of local self-government Mikhail Ershov after the meeting told reporters that the Legislative Assembly of Sverdlovsk region received a bill submitted by the Governor Yevgeny Kuyvashev. “It’s the only city where we had direct election of the head of the municipality, with all of our other territories have previously accepted a transfer to another electoral system. The Committee unanimously decided to support the bill. The arguments of the Deputy corps: first, it is common practice, not only in the Sverdlovsk region, but throughout Russia, as 86% of municipalities of the Russian Federation has moved to this system,” – said Yershov.

According to him, this system works not the first year, and has proved effective.

“Because indeed come to the most potentially strong professionals with experience of management activities in the municipality or in the workplace. And one more thing: elections do not go away, the elections remain. Previously elected representative body, that is previously selected by the deputies, they will choose the mayor from among the candidates proposed by the Commission. There is a direct relationship between the head of the municipal education Council. I think that efficiency will only increase,” – said Yershov.