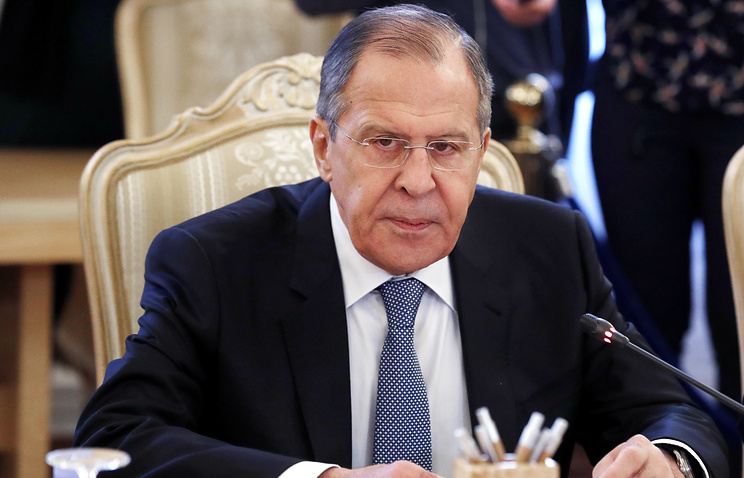 PYONGYANG, may 31. /TASS/. The foreign Ministers of Russia and North Korea, Sergei Lavrov and ri Yong Ho began negotiations in Pyongyang, where the head of the Russian depodesta arrived on Thursday to discuss the situation on the Korean Peninsula. About it the correspondent of TASS from the event.

The meeting was held in the building of the Supreme people’s Assembly.

Directly at the beginning of the talks between the foreign Ministers of Russia and the DPRK was able to attend only a few members of the press: the operators of the TV channels and press photographers. According to them, the Ministers warmly greeted each other with a handshake, after which the head of the foreign Ministry of the DPRK said a few words.

He in particular congratulated the Russian side with the formation of a new government and wished successful holding of the upcoming world Cup.

As reported earlier, the Russian foreign Ministry, during the talks, the sides will consider actual issues of bilateral relations and key international and regional problems.

Lavrov visited the DPRK for the first time since 2009.